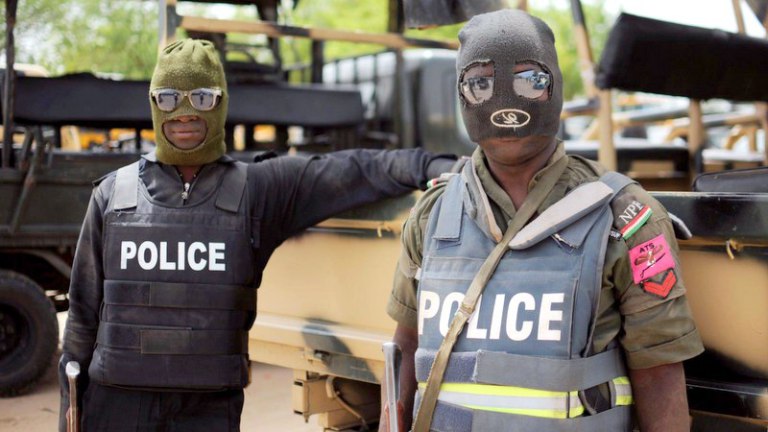 Three of the four police officers who were dismissed from the Nigeria Police Force last July have petitioned the Inspector General of Police over their “illegal and unlawful dismissal.”

The Ijebu-Ode Division of the Ogun State Police Command had dismissed the officers including a fourth person, Bakare Taiwo, a corporal, for extortion.

The police said the officers were charged, tried and found guilty in an orderly room trial for extorting N50,000 from a member of the public.

But in their petition through their lawyer, Aiyewunmi Remilekun, three of the dismissed officers said the money was recovered and kept as an exhibit because the owner was unable to give a satisfactory account of it.

In presenting the facts of the case that led to the dismissal of the three policemen, the lawyer stated that sometimes in June 2017, information was lodged at the Area Commander’s office, Igbeba, Ijebu-Ode, Ogun state, that some boys numbering ten were conducting themselves in a manner likely to cause breach of public peace at Molupa.

On receiving the information, according to the lawyer, the three officers and one other were drafted to the area to prevent a breakdown of law and order, and for possible arrest, which the affected officers immediately booked at the charge room before leaving for the area.

The lawyer also stated that on getting to the area, the affected police officers were able to arrest two of the boys while others ran away on sighting them.

“One of the boys, when asked to identify himself, could not give a satisfactory explanation, upon which the officers became suspicious and the boy was taken to their office for interrogation and investigation.”

According to the lawyer, the dismissed officers stated that they conducted a search on the arrested boy named Akala Oluwatobi and the sum of N50,000 was recovered from him because he could not give a satisfactory account of the money.

They added that when the money was recovered it was registered with the Exhibit keeper in register084/2017, of June 6, 2017, and a case file was opened and the statement of the arrested boy was taken.

The lawyer also stated that instead of the arrested boy to present himself on the next day with his father, whom he claimed to be his boss, as directed by the police officers, he opted to call Police Complaint Rapid Response Unit (PCRRU), and that the Officer-in-Charge of the Unit directed the DPO of Igbeba Police Division to investigate the matter and report.

He further stated that the DPO’s report exonerated the officers which did not go down well with the Area Commander who subsequently directed that his clients be tried in an orderly room. The lawyer claimed further that the Area Commander conspired with others to alter the proceedings and the judgement of the investigation and the orderly room trial.

He stated that it is also surprising that the testimony of Mr. Oluwatobi and the document tendered, particularly, his statement, bail bond, and undertaking written by the arrested boy that support the innocence of his clients were intentionally concealed and waved aside. This, he claimed, showed the height of bias and prejudice to the dismissed policemen by the Funsho Ajao, Abayomi Shogunle and Adeola Adedoyin, which he said resulted in the dismissal of his clients.

He also claimed that his clients were not given fair hearing as no memorandum of appearance was issued to them before their trial and they were also denied the right of appeal. The act, he also claimed to be in contravention of 1999 Constitution of Nigeria, which guarantees the right to fair hearing, and the Police Act and regulation.

Consequently, the lawyer demanded an immediate retraction of the police wireless message DTO: 291121/06/2017, the publication dismissing his clients from the Nigeria Police Force.

He also demanded their immediate reinstatement to their position without any loss of rank, status and remuneration, with a letter of apology to each of them.

The lawyer threatened to institute a legal action, if the above demands are not met within a reasonable time.

Dying Man Comforted With The News Of Donald Trump’s Impeachment