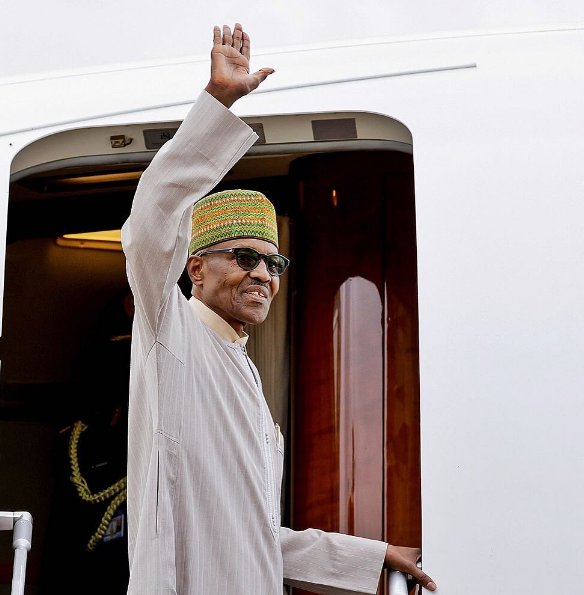 Mr Femi Adesina, the President’s Special Adviser on Media and Publicity confirmed the departure on his Facebook page, on Sunday, in Abuja.

President Buhari would during the visit, participate in the General Debate where he was expected to deliver the country’s National Statement.

The theme for this year’s Debate is: “Focusing on People: Striving for Peace and a Decent Life for All on a Sustainable Planet.”

Adesina, in an earlier statement issued in Abuja on Friday, said President Buhari would also join other world leaders at the welcoming reception to be hosted by the UN Secretary General, Antonio Guterres.

The Nigerian leader would also hold a bilateral meeting with the UN scribe as well as a lunch meeting with President Donald Trump of the United States of America, along with other world leaders.

The president, accompanied by the governors of Zamfara, Ebonyi and Ondo states as well as key cabinet ministers, would transit through London on his way back to the country.