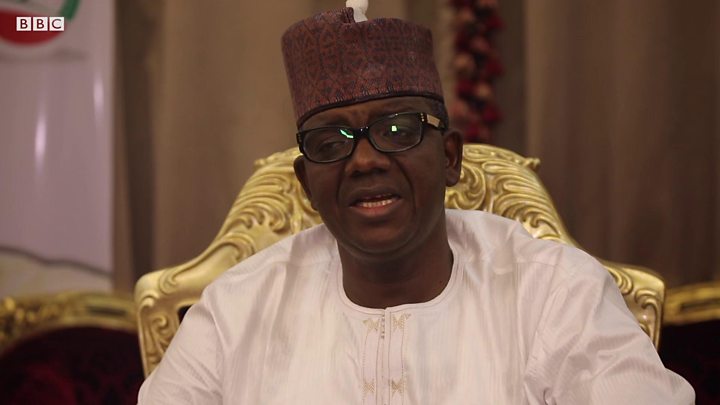 Bello Matawalle, the new executive governor of Zamfara State has vowed to recover over N90bn from former governor Abdulaziz Yari which was allegedly diverted through inflation of contracts.

Matawalle, who spoke during the presentation of interim report from the state’s projects verification committee, stressed that he would make sure that the diverted funds were returned to the government.

The governor said, “I will implement the committee’s report to ensure that all those involved in the scandal were brought to justice.”

Earlier, the chairman of the committee, Alhaji Ahmed Zabarma, told the governor that his committee had uncovered large sum of money diverted during the administration of Yari, urging the governor to set up a committee of enquiry to retrieve the money.

Zabarma said between 2011 and 2019, Yari’s administration awarded 6,180 contracts at various locations in the state “where many of such contracts were either poorly executed or not done at all, while the contract sums were also inflated.”

Bello Muhammad Matawalle is the current Governor of Zamfara State, Nigeria. He contested under the platform of the Peoples Democratic Party.

He worked as a Teacher at Government Girls College Moriki and Kwatarkoshi before joining the Federal Ministry of Water Resources. Matawalle’s first shot in politics was in 1998 when he ran for a house of assembly seat and won after he left the Federal Ministry of Water Resources, Abuja, joining the defunct United Nigeria Congress Party (UNCP) which comprises politicians such as Ambassador Isa Aliyu Mohammed Argungu (Sarkin Yakin Kabbi) former Minister of Water Resources and National Chairman of the party, Ibrahim Gusau former protem National Chairman of the party, Atiku Abubakar, Abdullahi Aliyu Sumaila, Attahiru Bafarawa, Adamu Aliero, Suleiman Takuma Ibrahim Kura Mohammed, Ibrahim Saminu Turaki and Kabiru Ibrahim Gaya but after the death of Sani Abacha, military dictator, Abdulsalami Abubakar, his successor, dissolved the political parties and announced that elections would hold in 1999.

Young Nigerian to die by hanging for stealing iPhone 6