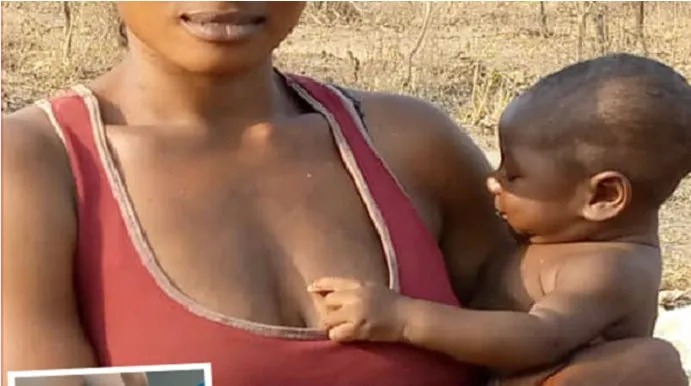 In yet another “fear women” story, a police recruit has narrated how he returned home from training to discover his wife of one year was pregnant for his brother.

The newly recruited police officer, identified as Japhet Aba is yet to recover from the devastating news he discovered about his newly wedded wife after his return from police recruitment training.

The young man who was returning home expecting a warm embrace from his wife got to later find out that his wife was pregnant with his brother.

Narrating his ordeal, Japhet stated that he returned from training in Bauchi State after training for nine months only to discover that his newly married wife had been impregnated by his stepbrother.

Unfortunately, their intimacy after marriage could not result in pregnancy before the husband departed for training.

Narrating his story to The Nation, the heartbroken police recruit said; “I got married to my wife sometime in September 2021. We had, during the period agreed not to mate until we were married, and I didn’t have any issue with that.

“When we eventually got married, we started mating but pregnancy was yet to come when I got recruited into the police. Before I left for the training, we had an extensive discussion about the future. As the only son of my mother, she was actually in a hurry for me to marry and bear children for her, but my wife and I chose to hold on for a while since I was proceeding to the camp.

“It is quite unfortunate that we had regular discussions on the phone and on a few occasions, she had the opportunity to visit me in camp. To my surprise, I came back to meet a pregnancy I didn’t know anything about. Probing further, she mentioned my own brother whom I trusted so much and moved my wife to stay in same compound with him.

“Little did I know that the devil would use my brother to destroy my marriage by impregnating her. When I inquired from Samuel before his death, he told me my wife was the one that lured him into it.

“Samuel told me that my wife had in the course of their discussion confided in him that I was not good in bed; that though she loved me, the few months I spent with her before proceeding to camp, I was lazy in bed and was not satisfying her. So she needed a strong man to satisfy her in bed.

“He said the complaint came several times and he was afraid my wife could go outside looking for satisfaction, hence he decided to lend a helping hand. So, I didn’t want to take it up with Samuel when I came back because I blame my wife who allowed the whole thing to happen.

“Even when my mother was pushing me to make an issue of it, I resisted and kept quiet because we lost our father few years back. So I was careful about it. I was also confused about the decision to take when I returned to meet her in that condition with her unsatisfactory explanation.

“I resisted pressure from my mother and quickly moved to my place of primary assignment to allow my wife to take a decision that suited her.

“But deep within me, I concluded not to have anything to do with her. She hardly calls and I hardly call her too. I decided to reveal this because of the condition I am in now at the hospital. I may not survive this and I want the world to know.

“Unfortunately, Samuel is no more. He died recently from herdsmen attack when he went to the farm in the village. I pray God to grant him eternal rest and forgive all his sins on earth.

“I was not able to attend his burial because I was also here on my sick bed.”

Related Topics:infidelityPOLICEMANPregnant wife
Up Next