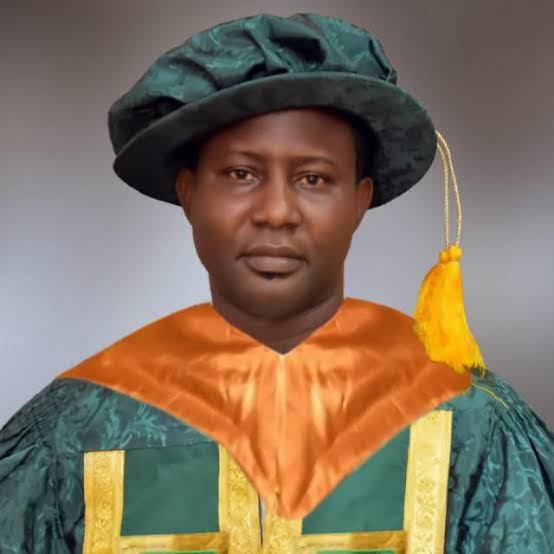 Kwara State University, Malete KWASU is in a state of mourning over the death of its Vice-Chancellor, Professor Muhammed Akanbi (SAN).

The Vice-Chancellor reportedly died on the night of Sunday, November 20, 2022.

With no response from the director of KWASU relations, Dr. Saedat Aliyu at the time of filing this report, the cause of death remains sketchy.

Topnaija understands that the late Vice Chancellor will be buried in Ilorin on Monday, November 21, 2022, in his country home according to Islamic rites.

Akanbi until his death was a celebrated academic, law teacher, and legal icon with achievements from a young age.

Akanbi was known to be very passionate about academic excellence and community development.

He joined the services of the University of Ilorin in 1998 as Lecturer II and was appointed Professor of Law in the Department of Business Law in 2012.

The deceased was an alumnus of the prestigious Kings College, University of London, United Kingdom.

During his National Service year, Akanbi served as a legal assistant in the legal unit of the Central Bank of Nigeria, Lagos State.

He boasted of over twenty years of experience as an academic at the University of Ilorin, during which he also held several administrative positions.

Akanbi had over 60 national and international publications in reputable peer-review journals with a bias in Alternative Dispute Resolution and Arbitration Law.

His other research areas include conflict resolution laws, corporate management law, and practice.

The university don was a member of the Technical Working Committee 2013 on “An Independent Review of Evidence of Gross Violation of the Rights to Participation in Government and Fair Trial through the Election Petition Process in Nigeria 2003 – 2011,” commissioned by National Human Right Commission, Abuja, OSIWA and the Ford Foundation.

He was also a Consultant/Member of the Technical Working Committee 2012, on research on the Legal Framework of Citizenship and Religion as it affects National Integration in Nigeria’ commissioned by International Development Law Organisation, Rome, Italy.

He also served as Chairman of the Nigerian Bar Association, Ilorin Branch between 2007 and 2009.

Related Topics:featureKWASUVCVc KWASU
Up Next