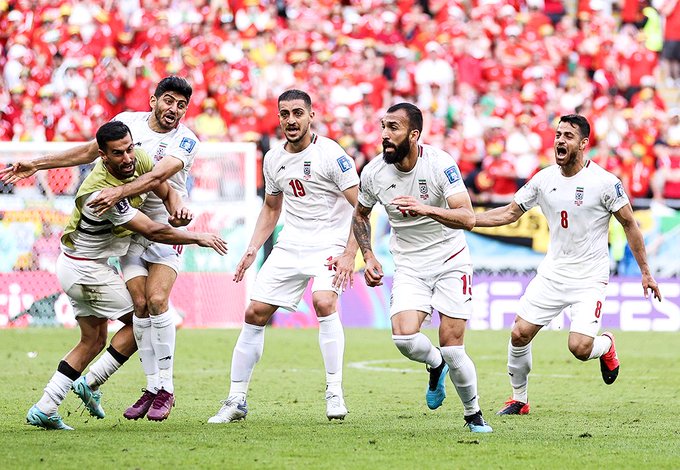 Once beaten, twice shy they say and for Iran, they certainly took it literal when facing off against another British country at the world cup after suffering a humiliating defeat to another British country, England in the early group stage opener, something Super Eagles legend, Jay Jay Okocha applauds in his punditry.

Speaking after the match, Austin Jay Jay Okocha, a former midfielder for Paris Saint-Germain, maintains that Iran’s 2-0 World Cup victory over Wales on Friday was the result of their superior performance.

Wales, in Okocha’s opinion, never came across as a side that was willing to sacrifice everything to win, and he added that they were overly defensive and were punished by Iran.

Rouben Cheshmi and Ramin Rezaeian scored late goals to help Iran upset a 10-man Welsh team 2-0 at roughly in the closing stages of the match to dent Wales’ world cup dreams in the tournament.

They now tie in second place ahead of England’s match against the United States this night.

Should England succumb to a defeat against the USMNT, this would see the American team climb into 1st position in the group and tie Iran and England on similar points.

What a way to come out of a 6-2 mauling at the hands of England earlier in the week.

“Yes [it was a late drama] they [Iran] left it late, well deserved as well because in the second half they kept probing,” Okocha told Supersport.

“They were the better team, I think and got rewarded.

“Maybe we will say the red card [to Wayne Hennessey] contributed to it, but the Welsh team never looked as if they were willing to come out and win the game.

“They were very defensive and got punished as well.”