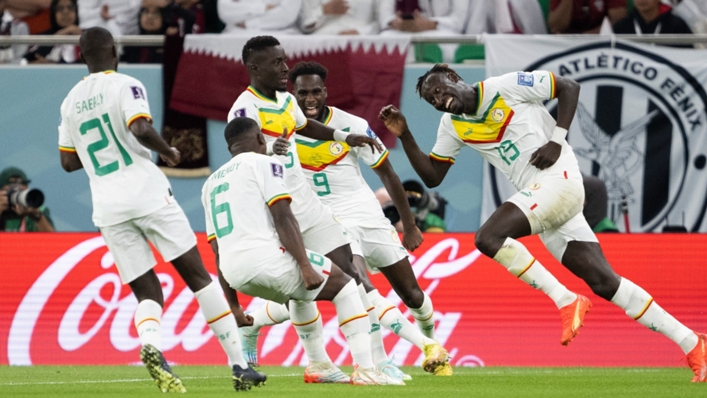 It was becoming quite the routine for African teams in the world cup tournament not to score a goal in the games, till Ghana pulled through to net 2 goals against Portugal on Thursday, but the Teranga Lions of Senegal were the ones to bring back dignity to Africa after their solid win against Hosts Qatar, while scoring 3 goals.

The fixture goes a long way to prove the loss against Netherlands was merely a mishap played in part as a result of two goal keeping errors on the part of Edouard Mendy.

After being defeated 2-0 by Ecuador in their initial Group A match, Qatar’s late charge on Friday at Al Thumama Stadium fell short of securing a crucial victory.

Senegal had the upper hand after goals from Boulaye Dia and Famara Diedhiou, so Qatar’s first World Cup goal from Mohammed Muntari gave them hope.

But with Senegal sealing the victory six minutes from the end, it was too little, too late for the home team.

After Senegal made a strong start, the raucous Qatar supporters seated behind Edouard Mendy’s goal were incensed in the 34th minute when Akram Afif was allegedly fouled by Ismaila Sarr. However, referee Antonio Mateu Lahoz rejected the apparent legitimate penalty appeals.

However, just as Qatar had gotten comfortable in the game, Boualem Khoukhi’s catastrophic error was made evident when his clearance fell to Dia, who finished calmly and without error.

As Qatar sought a goal back, Almoez Ali and Ismaeel Mohammad were both excellently denied by Chelsea goalkeeper Mendy, and Senegal can thank him for two outstanding stops.

Four minutes after entering the game, Muntari’s spectacular header set up an exciting conclusion, but Dieng scored the game-winning goal and put Qatar on the verge of collapse.

Qatar on their end, become a bad example of what a world cup host ought not to become in the field of play seeing as they become the first hosts in history to not consecutive group stage games at the world cup.

If Ecuador and the Netherlands tie in their second Group A match on Friday, or if the Oranje triumph, they will be eliminated.

Now, the Netherlands’ only chance of moving on is if Qatar can get lucky and defeat the Netherlands in their final group game the following week. That alone might not be sufficient.

Senegal and coach Aliou Cisse have been forced to rely on the back-up squad in Qatar since losing star attacker Sadio Mane.

On Friday, they stepped up and delivered, with Dia’s goal ending a stretch of 31 shots without a World Cup goal.

The first shot on target for Qatar in the competition was Ali’s attempt, which Mendy stopped midway through the second half.

In the end, they had three shots on goal in this game, but it was clear that they lacked poise in front of goal and lacked the imagination to get there frequently.

Some Interesting Opta Stats In Senegal’s Victory against Qatar