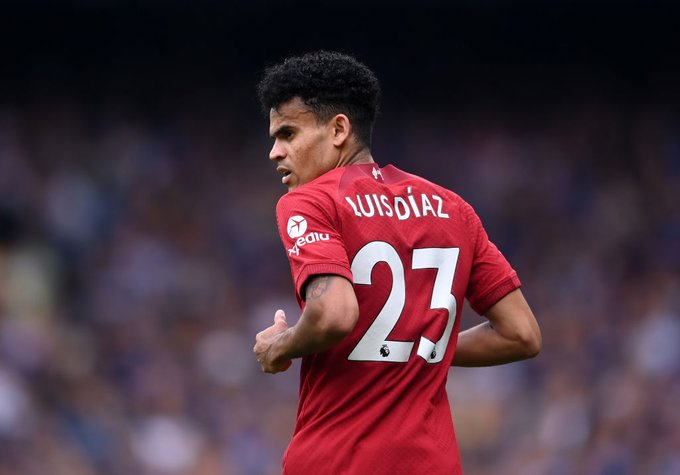 Football is like ethnicity, where it’s divided across two lines, which are Lionel Messi and Cristiano Ronaldo, with many picking sides between the two footballing icons, and for Liverpool’s Luis Diaz, he is very much the Messi man.

In fact he fears his reaction the day he ultimately meets the Argentine who he recognizes as one of the football heroes of his.

Luis Diaz, who became a star for Liverpool shortly after his signature by the Merseyside club in January 2021, has cited Lionel Messi and Ronaldinho as his role models and revealed that he is a huge follower of the Argentine football king.

Luis Diaz recalled feeling like he was about to pass away the first time he saw the Argentine sensation, which was during Colombia’s game against Argentina.

The Liverpool player stated he was fortunate to re-meet the superstar of Paris Saint-Germain during the Coppa America two years ago and that he loves him beyond measure.

“The day I meet him, I am really going to die! I love Messi,” he told Anfield Watch, a Liverpool fan site.

“The first time I had contact with him was in a Colombian game in Barranquilla, but I didn’t start. I was just starting out in the national team.”

In addition, Diaz recalled how the seven-time Ballon d’Or winner signed a shirt for him when he saw the former Barcelona captain during a Copa America match two years prior.

“Filming By 2am, If I Buy A Car Tomorrow, You People Will Say It’s From A Man” – Lizzy Gold