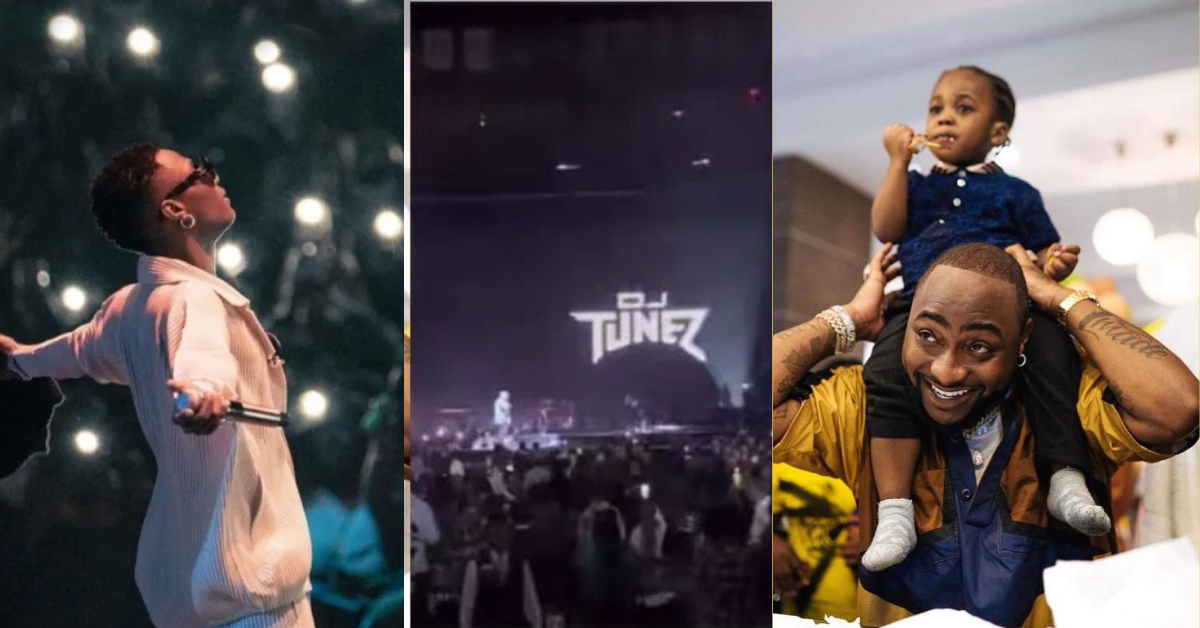 Popular Nigerian singer, Ayodeji “Wizkid” Balogun has made a shoutout to his colleague, David “Davido” Adeleke at a sold-out concert in New York.

The superstar, Wizkid gave a shoutout to Davido on Wednesday, November 16 at a sold-out concert in Madison Square Garden, New York.

As Davido mourns the death of his son, Ifeanyi Adeleke, Wizkid showed his support with his heartfelt words to Davido.

He said; “Davido we love you, OBO, we love you. I see you Davido. This one is for OBO.”

This is coming days after Davido announced a new date for the Are We African Yet? (A.W.A.Y) music festival.

The management team made the announcement in a post on Instagram, noting that it will now hold on November 18, 2023.

Davido had for weeks, been promoting the festival-themed “A.W.A.Y. (Are We African Yet?)” with the latest post being in October.

It was originally scheduled to hold on the 18th of November 2022 in Atlanta, Georgia, United States.

The decision to postpone it which was described as a difficult but necessary one, was taken so that Davido can spend time with his family to grieve his son.

In a statement released by his management, fans who bought tickets can still use it to attend the show on the new date in 2023.

The statement reads;“We have made the difficult but necessary decision to postpone A.W.A.Y Festival until Saturday, November 18, 2023. To all ticket buyers, your tickets will be honored for the 2023 date.

We understand that you must be disappointed but we promise to come back with a bigger and better show. Thank you for understanding and we look forward to seeing you all in the near future.”

Portable Reacts, Lays Off His Studio Staff After Making Only N7k In A Month