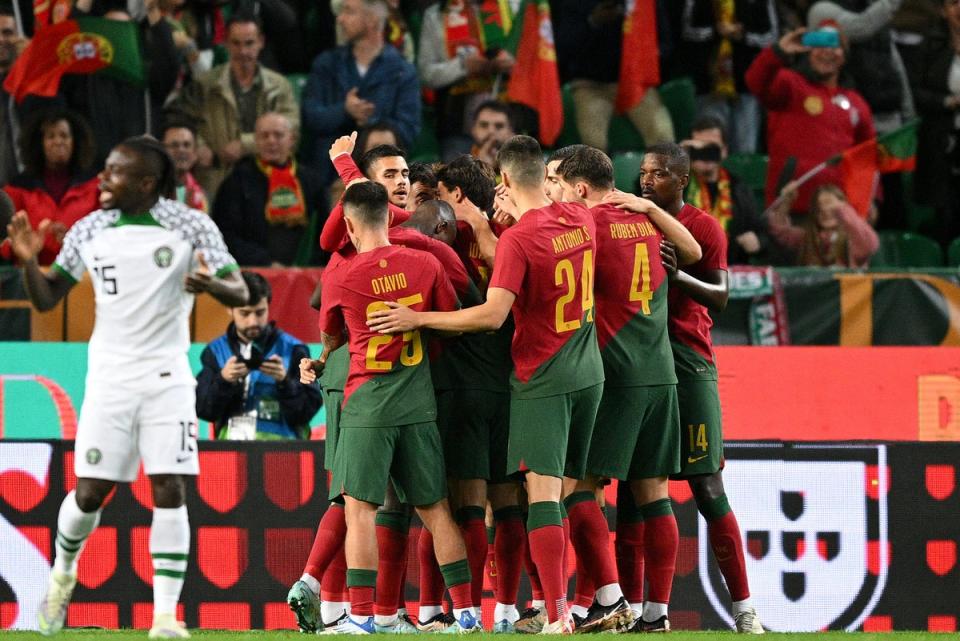 With Bruno Fernandes being all out against Nigeria during the international friendly fixture at Lisbon, Nigerian supporters may be left wondering if the Portuguese knew Nigeria holds one of the largest fan base for Manchester United in West African.

Be that as it may, the Portugal international holds no grudge against Portugal’s Thursday night’s opponent at Lisbon as he considers the fixture as another game to build the confidence ahead of the coming Qatar games.

The Manchester United and Portugal midfielder, applauded the team’s performance and claims it was only his teammates’ dominance throughout the game that ensured they came out of the game 4-0 winners against the Super Eagles on Thursday night in the friendly match played in Lisbon.

The Portuguese side in their preparation for Ghana, defeated Nigeria thanks to goals from Gonçalo Ramos, Joo Mário, and a brace from Bruno Fernandes.

The Estádio José Alvalade in Lisbon served as the site of the amicable game.

“The perfection did not exist, or at least it is very hard to accomplish, but we made a great game, dominating every level.

“It was a win that gives us great confidence ahead of our debut against Ghana. We are a team, it isn’t about individuals and we’ve a great group, young players that are up-and-coming and hungry. We are ready for the World Cup.”

His Problem Is He Wants More—Paul Pogba