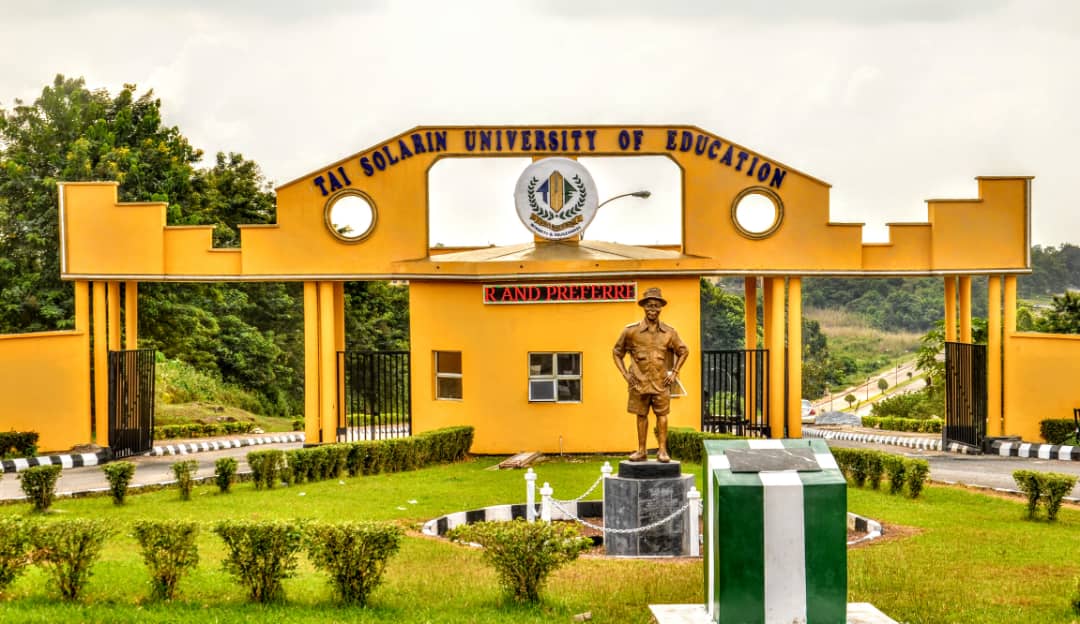 The Students Union President (SUP) of  Tai Solarin University of Education (TASUED), Ijagun in Ijebu Ode, Ogun State, Sodiq Ridwan, have been arrested by men of the Nigerian army.

The SUP popularly known as Reliable Surz, was arrested on today as he intervened in a matter involving students while they were protesting.

It was gathered that Reliable Surz and many other students were taken into custody by soldiers attached to Ilese Barracks.

A student said the students were moving in different cars when Army personnel stopped them around Conoil Filling Station.

“They stopped students’ cars, ordered them to step out and were checking their phones. As they stopped more cars, the situation got tense.

“Expectedly, students called the SUP on the phone. Ridwan rushed to the scene but was arrested. Many other students were taken too.”

Another source stated that the students got unruly as they moved in a convoy in continuation of final year examination celebration.

“I appeal to students to stay calm. I assure you that we are working to ensure the peaceful resolution of the matter”, the VC said.

Commissioner for Education, Prof. Abayomi Arigbabu, gave a similar assurance: “We are on top of the situation.”

“I am just hearing it from you. I will make calls and provide an update later”, the spokesman said.

Ajetunmobi couple: We are not a refugee for scamps- Antigua and Barbuda