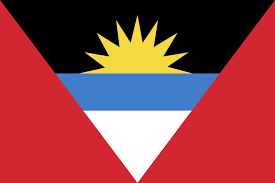 The wanted Ajetunmobi couple accused of stealing N22 billion from investors have been confirmed to be citizens of Antigua and Barbuda.

The couple operated a company called Imagine Global, a micro-lending service to small and medium businesses, and offered 22 percent interest on loans and 10 percent returns to investors.

Hundreds of Nigerians who fell victim to the suspected Ponzi scheme operated by the couple have been narrating their ordeals online and called to government authorities to arrest the couple.

CIU said a “leading global due diligence firm” it ostensibly hired to carry out a background check on the couple did not find anything disparaging about them and Imagine Global at the time they were granted citizenship. The alleged scams the couple carried only came to light earlier this month.

“No Interpol Red Notice had been issued for either Mr Bamise Ajetunmobi or Elizabeth Ajetunmobi. As such, at the issuance of citizenship, there was no adverse media, criminal or civil litigation, neither were there regulatory concerns associated with the applicants and their businesses,” the CIU said.

The unit said it has, however, taken note of the reports about Bamise Ajetunmobi and Elizabeth Ajetunmobi and their alleged crimes and is “awaiting the issuance of an official statement by the authorities in Nigeria.”

There are indications that their citizenship may be terminated if they are officially indicted by the Nigerian authorities.

A Lagos court Wednesday barred banks from releasing about N11.795 billion to the couple after 15 persons sued them and their company for alleged investment fraud. The suit was filed on October 15.

Antigua prime minister Gaston Browne last week said the couple will be arrested in they enter the country.

“I have already put systems in place to ensure that if he is not here as yet that they could capture him on his way here because Antigua and Barbuda is not gonna be a refuge for scamps,” Browne said.

Read original article on The Guardian.