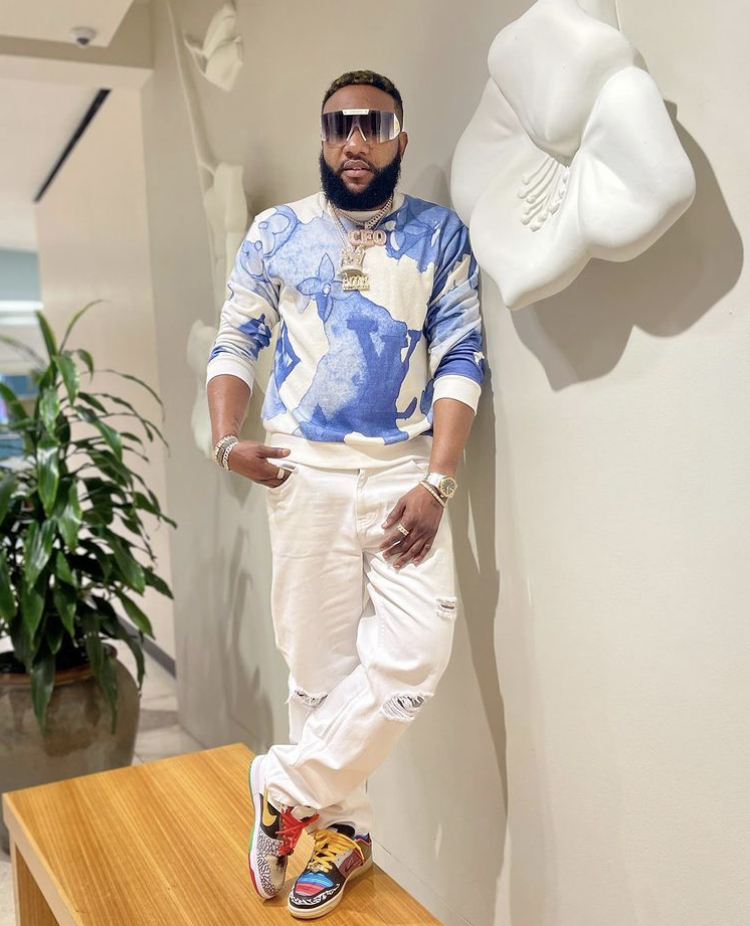 All you need to know about Kingsley Chinweike Okonkwo popularly known as Kcee Let’s take a look at his Biography, Nationality, Career, Age, Net worth, Family.

Kingsley Chinweike Okonkwo better known as Kcee is a nigeria singer and songwriter.

EARLY LIFE
Kingsley Chinweike Okonkwo was born on the 18th of april 1979, in Ajegunle Area, Lagos State ,Nigeria to Mr Okonkwo who was a disc jockey (dj) his origin is traced back to Amaputu in Uli in Ihiala local government area in Anambra State Nigeria. But born and bred in Lagos State, Nigeria.

CAREER
In 1999, Kcee started his music career. Kcee and his longtime partner and friend Presh played as a duo for 12 years (from 1999 to 2011). Their work together as music partners gave them both a few recognition until 2011 when they split and went their separate ways to pursue their own careers.

Howeever, Kcee and Presh met in a local church choir in Lagos in 1999. Together in the church choir both of them became best of friends and career partners till both of them entered for the Star Quest TV reality show together and won the show.

Kcee is the immediate elder brother to Nigerian young billionaire E-money, who is currently the CEO of Five Star Music. In 2013, Kcee started his music career after breaking out from Presh. He rose to fame after releasing the hit single “Limpopo” a song produced by Del B. The song “Limpopo” ranked top at the MTV music chart and was banging in several clubs, TV and radio stations all over Nigeria.

Kcee is currently signed to Five Star Music a record label own by his immediate younger brother E-Money in which he is also a share holder. Kcee has collaborated with artists like Harrysong, Skiibi, Iyanya, Davido, Wizkid, Bracket, Flavour, P-Square, Phyno, amongst others.

During the administration of President Goodluck Jonathan, the former first lady of Nigeria, Patience Jonathan appointed Kcee as Peace Ambassador of the Federal Republic of Nigeria. In 2013, Kcee released his first debut studio album “Take Over” with hit single like “Limpopo”.

PERSONAL LIFE
Kingsley Chinweike Okonkwo has been married to his partner Ijeoma since 2010, after proposing to her in a hot air balloon in Dubai in the same year. Their marriage has so far produced three lovely kids, “ A girl— Sammy” “Two boys— Kanye and king okonkwo”.

— In 2014, he won the award for Hip Hop World Revelation of the Year at the Headies Awards.

— Patience Johnathan appoints Kcee as Peace Ambassador Of The Federal Republic of Nigeria.

NET WORTH
kcee is currently one of the richest and the most influential musicians in nigerian music industry with an estimated Net worth of $2million Dollars.