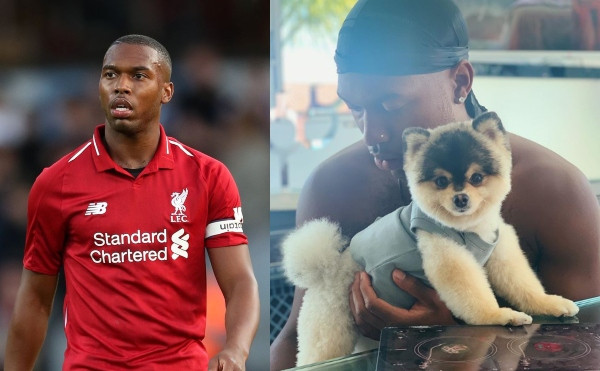 Former Liverpool striker, Daniel Sturridge is distraught over his Pomeranian dog, which was stolen after his Los Angeles home was broken into and is offering a £30,000 to whoever reunites him with the dog.

In an emotional plea posted on social media, he pleaded for the dog, Lucky Lucci, which he had owned for over a year to be returned to him. Daniel Sturridge is in Los Angeles for the summer, and is currently without a club after being released by the Reds after the end of last season.

He added: “How can you break into a house in LA and take somebody’s dog? Are you crazy? You’ve come into a house to take a dog? Yo, somebody please find my dog. I’ll pay anything, I’m dead serious. I want my dog back, man.”

He also shared a CCTV footage of a group of men in black hoodies outside the property in West Hollywood, just before his home was broken into.