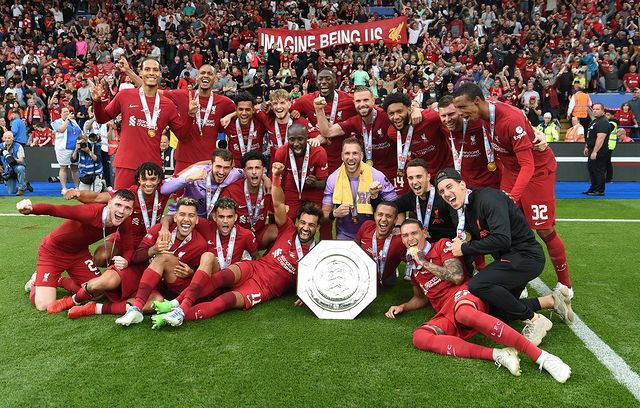 It is like the saying, ‘you don’t know what you’ve got until you’ve lost it’ according to Spurs manager, Antonio Conte as he highlights what the EPL is and could have become without Liverpool up against Manchester City.

While the banter and narratives were on against Liverpool winning the EPL as opposed to Manchester City, in the last 5 seasons, Conte has admitted how one of the most hated clubs in the league has evidently turned out to become the team that has kept the league’s integrity in recent years.

Antonio Conte, the manager of Tottenham, claimed that if it weren’t for Liverpool, Manchester City would have controlled the Premier League like Juventus does in Serie A.

On Sunday, Liverpool will meet Tottenham in the Premier League with the Reds seeking to resume their winning ways.

Conte said that Jurgen Klopp’s team should be proud since they have posed a serious threat to Manchester City over the past five years.

“Without Liverpool, I think City could do in the same way like Juventus was in Italy,” Conte told reporters on Friday.

“For this reason, they have to be proud to reach this level and I think they improved a lot in these years. Sure, they spent money, but Klopp has changed Liverpool and the club gave him the possibility to invest.”

With Liverpool able to keep up against such a team, shows how interesting the Merseyside club and Jurgen Klopp has made the league become just by being up to the challenge.