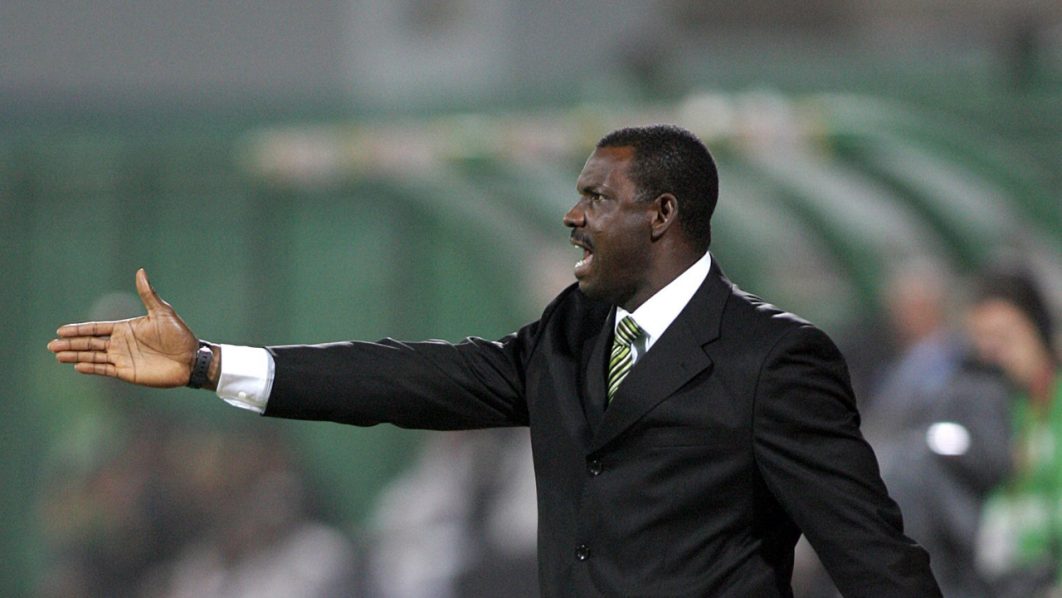 Austin Eguavoen, Nigeria’s Super Eagles interim coach has admitted he is under pressure to win the 2021 Africa Cup of Nations.

Eguavoen, a member of the 1994 Eagles squad that won the AFCON for a second time in Tunisia, was appointed as Gernot Rohr’s replacement in December.

He also managed the Eagles to a third-place finish in 2006.

Speaking after his team’s first training session, which last for one hour and 15 minutes at the VSTS-Annex of Roumde Adjo Stadium, Garoua, Cameroon on Thursday and the former defender said he is trying to adjust himself to lofty expectations of Nigerians ahead of the tournament.

“Pressure yes, I am obviously. It’s just not me, even with Jose Mourinho, Antonio Conte, Pep Guardiola or Gernot Rohr you can’t say you won’t be under pressure,” Eguavoen said.

“It’s like Manchester City, one of the best teams in the World at the moment, playing the best brand of football at the moment but with Guardiola, one coach that I adore, he has been unable to win the UEFA Champions League with City. You cannot say he is not under pressure to win it.

“People expect Nigeria to win the AFCON and that puts me under some pressure but I will take it and digest it. We take each game as it comes. All the teams here have come to prove a point.”

Nigeria are grouped with Egypt, Sudan and Guinea-Bissau and begin their Nations Cup campaign against Egypt on January 11 and he says it’s a crucial game for his team.

The Eagles then face Sudan on January 15, before rounding up their group campaign against Guinea-Bissau on January 19.

“Our first game is crucial, which will give us a lot of encouragement if we win. I’m more relaxed now unlike two weeks ago.

“The first training session lasted for one hour and 15 minutes but we could not do everything that we wanted to but I was impressed.

“The boys understand me now and they have not shown any sign of cohesive grievance. Their attitude has been very professional, which is good.

“I spoke to a couple of them in the aircraft on Wednesday and I will speak with some more before we have a collective session tomorrow (today).”

During his varied career Eguavoen began his career with ACB Lagos in his native Nigeria, some impressive performances gained him a move to Gent in 1986. He went on to play for K.V. Kortrijk, CD Ourense, Sacramento Scorpions, Torpedo Moscow and finished his career in Malta with Sliema Wanderers.

Related Topics:AFCONAustin Eguavoen
Up Next