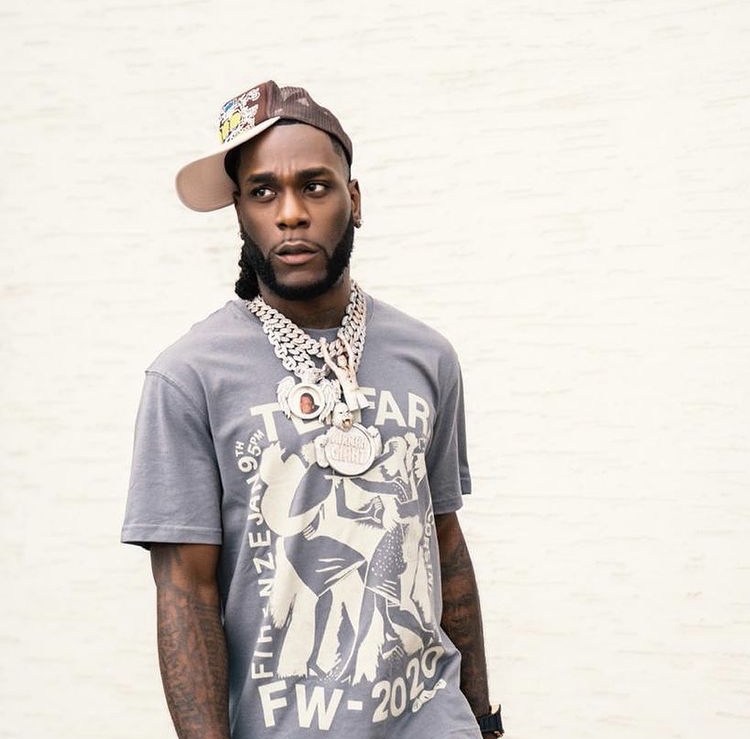 
All you need to know about Damini Ebunoluwa Ogulu popularly know as Burna Boy Let’s take a look at his Biography, Nationality, Career, Age, Net worth, Family

Burna Boy, is a Nigerian singer, songwriter, rapper, and dancer. He is one of the biggest and most successful African artists. He rose to prominence in 2012 after releasing “Like to Party”, the lead single from his debut studio album L.I.F.E.
EARLY LIFE
Burna Boy is a famous Nigerian Afrobeat and reggae-dancehall singer, songwriter, stage performer and a recording artist. He was born on 2nd July 1991 in Port Harcourt, Rivers State in the south southern part of Nigeria. He is currently 30years old. He began making music when he was just 10 years old and while at school a fellow classmate gave him a copy of the production software FruityLoops.

Burna Boy was born in Port Harcourt to Bosede and Samuel Ogulu.

He is originally from Ahoada, a small town in Rivers State in the south southern part of Nigeria.

He spent most of his summer holidays in the United Kingdom and in language immersion summer camps in France, Togo and Cote d’Ivoire, before finally moving to the United Kingdom where he picked up the Brixton Patois accent which has become his signature move.
EDUCATION
Burna Boy attended Montessori International primary school in Port Harcourt, Rivers State, Nigeria and obtained his First School Leaving Certificate in 2002. After completing his primary school education, Burna Boy attended Corona Secondary School in Lagos, Nigeria and obtained his West African Senior School Certificate in 2008. While at Corona school, Burna Boy founded and led a high school band called “Def Code” and headlined a performance at the national stadium as one of the highlights of the 50th anniversary of Corona schools.

After completing his secondary school education, Burna Boy studied Media Technology at the University of Sussex in United Kingdom from 2008 to 2009.

From 2009 to 2010, Burna Boy studied Media Communications and Culture at Oxford Brooke’s University in United Kingdom. After that, he did a one-year internship with Rhythm 93.7 FM in Port Harcourt, Rivers State in the south southern part of Nigeria, before signing a record deal contract with Aristocrat records and officially launching his professional music career.
CAREER
Burna Boy started his music career professionally in 2010 and rose to prominence in 2012 after the release of his hit single “Like To Party” the first single from his first debut studio album “L.I.F.E”. He is currently signed to Atlantic Records and is widely regarded as one of the most talented, versatile and consistent artists in the Nigerian music industry with hit tracks like Yawa Dey, Like to Party, Tonight, Check and Balance, Don Gorgon, Soke, and Follow Me, amongst others. Burna Boy ever-changing but unique music style is majorly inspired by Fela Kuti, who was once managed by Burna Boy’s Grandfather Benson Idonije.

Burna Boy has worked with several Nigerian and International artists such as 2face Idibia, Sarkodie, Phyno, Flavor, Dbanj, and Wizkid, amongst others. On 31st May 2012, Burna Boy released a single titled “Like To Party” which brought him to prominence. On 5th September 2012, the video for “Like to Party” was released. The music video, which was shot by Squareball Media services, ran for 4 minutes and 9 seconds.

On 12th August 2013, he released his first debut studio album “L.I.F.E.” which means Living Impact For Eternity. In 2014, Burna Boy split from Aristokrat records. In 2015, Burna Boy created his own record label called “Spaceship Entertainment.” He released his second debut studio album under his record label “Spaceship Entertainment on 25th November 2015. In September 2016, he released a 7-Track E.P. titled Redemption with the lead single, Pree Medebuting on Noisy.

In January 2018, Burna Boy was featured on the track “Sunshine Riptide”. In 2018, he released his third debut studio album “Outside” which received critical acclaim. It debuted at number three on Billboard’s Reggae Albums Chart. The album’s biggest single “Ye” ended up on the top of most end-of-year lists as Nigeria’s biggest song of 2018.

Burna Boy himself ended the year as Nigeria’s biggest artist of 2018. In October 2018, Burna Boy was featured as YouTube’s Artist on The Rise. On 3rd January 2019, Burna Boy was announced alongside with Mr Eazi to be one of the artists performing on Coachella Valley Music and Arts Festival.

In 2015, he won both the “Best Collaboration” and “Best African Collaboration” awards at the MTV Africa Music Awards and the All Africa Music Awards respectively for his song alongside Da L.E.S, JR titled “All Eyes on Me”. At the Nigeria Entertainment Awards, he won the “Album of the year” award for his “L.I.F.E” album while he was only nominated for the Best Pop Artist of the Year.

In 2018, he won the “Album of the Year” for the “Outside” album at the Nigeria Entertainment Awards. Also, he won “Best Live Act” at the African Musik Magazine Awards (AFRIMMA) while he was only nominated for the “Best African DanceHall/Reggae Act”

In 2020, he won the “Best Collaboration”, and the “Crossing Boundaries with Music” award at the “African Musik Magazine Awards” while he was only nominated for the “Artiste of the Year”, “Best Male West Africa”, “Best Live Act”, and “Song of the Year”. He only got nominated for the “Best Global Music Album” for “African Giant” and “Song of the Year” at the Grammy Awards and the BRITs awards respectively. He bagged the “Best International Act” at the BET Awards and the MOBO Awards. Also, he won the “Best World Album” for “African Giant” at the Edison Awards.

In 2021, he has won the “Best Global Music Album” for “Twice as Tall” at the Grammy Awards. He only got nominated for the “International Male Solo Artist” at the BRITs Awards” and the “Artist of the Year” at the “Global Music Awards Africa” while he was only nominated for the “Global Reggae/Dancehall Artiste of the Year”. He has also won the “Best International Act” at the “BET Awards.
NET WORTH
Burna Boy is currently one of the richest and most influential artist in Nigeria with an estimated net worth of $3million and above.