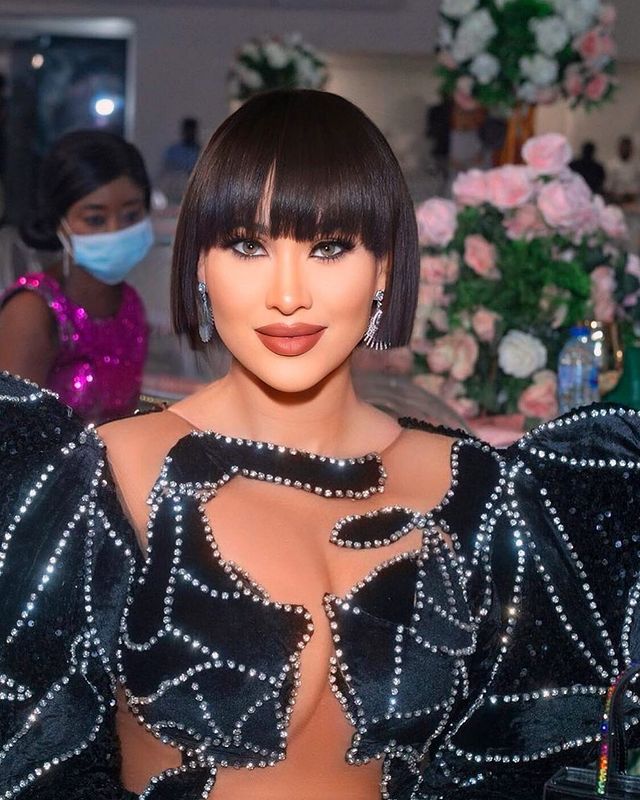 First off, Carolyn Hutchings formerly known as Caroline Danjuma, has told the world her real age, but for some reason, there seem to be a few people who want to age-shame the actress.

And for some reason, the Nollywood actress does not know why.

This, she tries to argue with followers on her Instagram page as she celebrated her 45th birthday recently, with a lengthy post denying she was 5 years younger than her mother.

On the discrepancies with her age that was being debated on social media, the actress wrote:

“2. Reducing my age for Nollywood?? An actor can act both young and old roles, makeup can be applied,” she wrote.

“3. I am reducing my age because of school ?? I have enough certificates already.

“4. Reducing my age because of a relationship ?? A good man will love his woman regardless of her age.

“5. Reduce my age for your validation ?? I DONT GIVE 2 F’ssss about your sugar.” She fired.

The thespian also noted how not all who went to the same class in school were roughly the same, arguing;

“6. Not everyone in a class are the same age. In secondary school, I had people 5 years older than me in my class, in uni my assis rep was 45 years old, in my master’s my class rep was 23 and I 34, my MBA I had both young and old.”

“7. Just because you acted a movie with me does NOT mean we are the same age. 8.. you are asking for my birth certificate, have you seen your own mother and father’s birth certificate before ???” she dragged with age-shamers on social media.

“That it took you time to achieve something in your life does not mean I have to run your race, we have different glory and destiny.. that you started school late and failed entrance exam couple of times is none of my biz, we don’t have the same Iq,” she added.

“Stupid people saying they watched me as a kid. I was in the industry for ONLY 2 years before my marriage .. bomboclat can’t stand my glory.”

“Are you aware wiki can be created and edited by ANYONE? And not everything on Google is a FACT ?? Even Christ was married on Google .. to the clowns talking unintelligently about my age, MIND YOUR BIZ THAT PAYS YOU .. any age, race, class can act a movie.”

The actress went on to end her argument stating that an age difference doesn’t hold back achievement as long as there is a will to.

“Anyone can be a star at any age, no rules to follow .. yes I am 35 years old and this will be the last time I will address this. I don’t need to be an old woman to achieve anything or be an actress. Success and luck come to any one when it is their time .. focus on making money ..my sparkle will keep hurting your eyes hun”