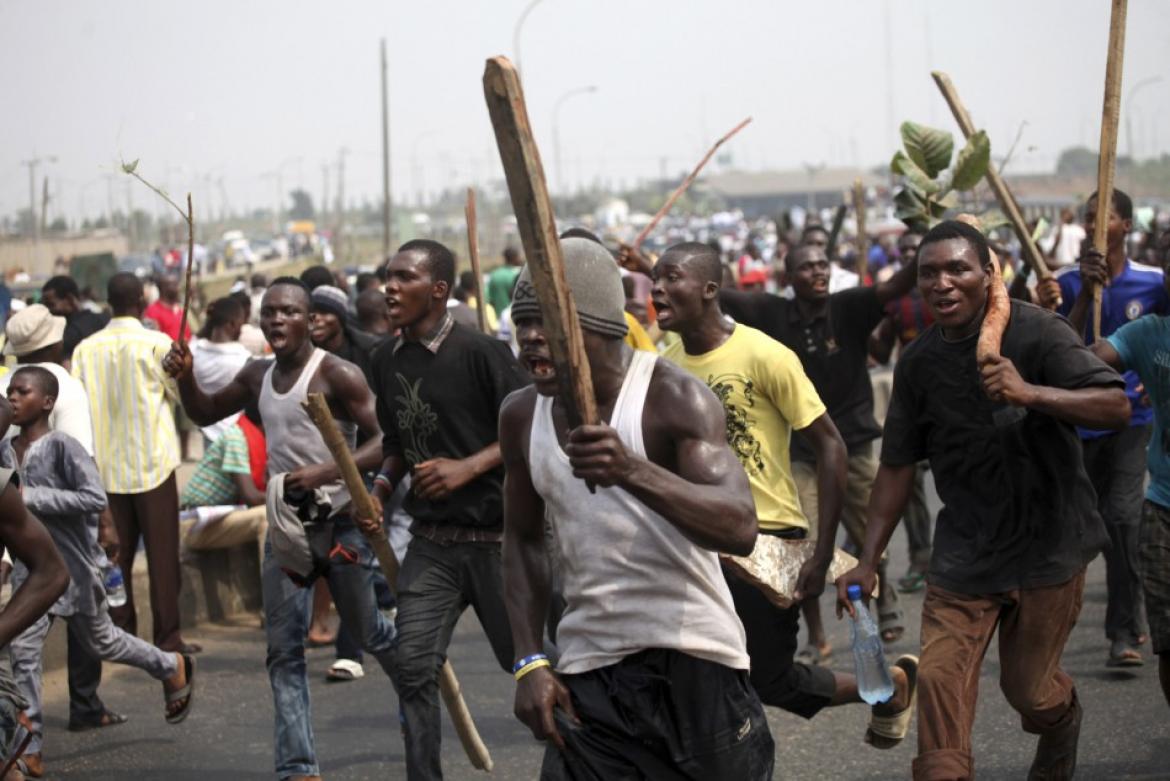 There are reports of ongoing violence at the Mushin area of Lagos State after hoodlums set people’s houses and vehicles ablaze.

Tension in the area was high despite heavy police presence deployed to calm the situation.

READ ALSO: OLU OF WARRI CROWN HAS BEEN STOLEN

Director, Lagos State Fire and Rescue Service, Mrs. Margaret Adeseye, who confirmed the development said in a Facebook post that the miscreants have prevented men of the fire service from gaining access to the inferno scene.

According to Adeseye, “The Lagos State Fire and Rescue Service command and control room have received an emergency alert that houses and vehicles are being burnt along Akinbode Street, off Olateju Street, Mushin, Lagos.

“Response teams have been activated to the scene of the inferno. However, restive youths are hindering access to the scene.

“Members of the public are advised not to panic as the Police and other security agencies have been alerted to intervene and create access to the scene for firemen to quell the ensuing Fire.”

Related Topics:FacebookfeatureMushinTwitterUnrest in Mushin
Up Next