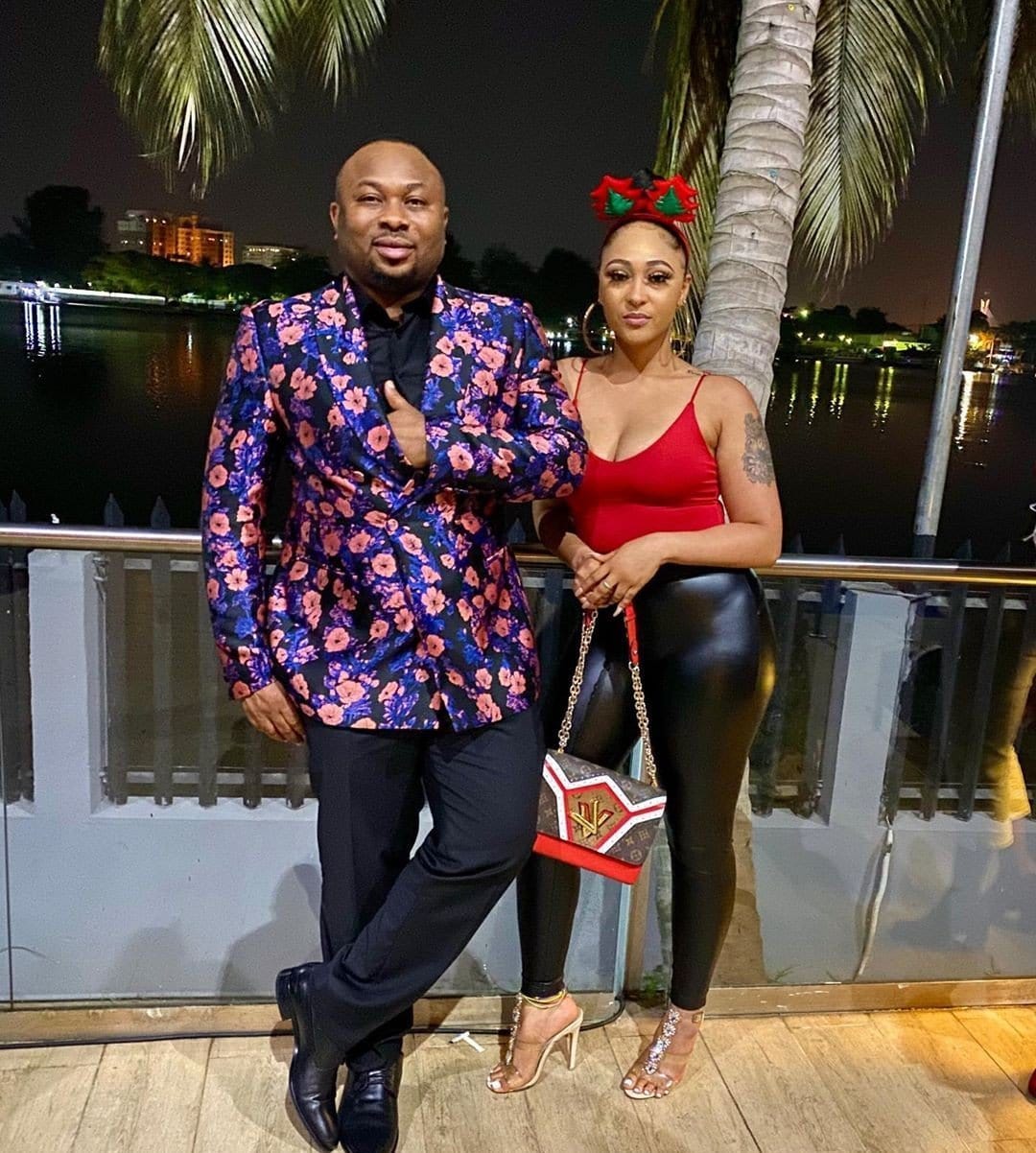 
Olakunle Churchill, Tonto Dikeh’s ex-husband, has revealed his PA and actress Rosy Meurer who was at the center of his divorce as his latest wife.

Recall that Tonto Dikeh had in 2017 alleged that Olakunle Churchill was sleeping with Rosy Meurer, buying her gifts and taking her on trips. She also revealed that she is one of the reasons for her marital crisis which eventually led to a divorce.

In a birthday message Olakunle penned down to Meurer today February 15, he described her as “Mrs Churchill”. He also disclosed that she stood by him when the world was against him and also took missiles for him.

A special sunrise, on this precious day, a great woman was born.
During my hard times when depression would have taken the better part of me, you were my bedrock.
When it was like the whole world was against me, you stood by me, even took some missiles because of me.
When I thought I lost it all, you encouraged me to hope on God that he will give me back all l have lost.
Happy birthday Mrs Churchill. Age with grace, l have got your back 247 by the special grace of God.

Rosy Meurer who reacted to the birthday message, affirmed that she has never doubted him. She wrote;

“Aww thank you so much. I appreciate you always. We thank God and I’ve never doubted you”

This is coming amid reports of Rosy Meurer being pregnant with her first child.

Churchill and Tonto Dikeh met in 2014 at Escape Nightclub in Lagos during the birthday party of Churchill’s brother. Dikeh became pregnant six months after they started dating and they married on 29 August 2015 at her hometown Rumukani, Rumukwuta, Rivers State. In 2016, they had a son together and divorced the following year in July 2017

Bobrisky shares photo of him kissing his alleged “billionaire boyfriend”