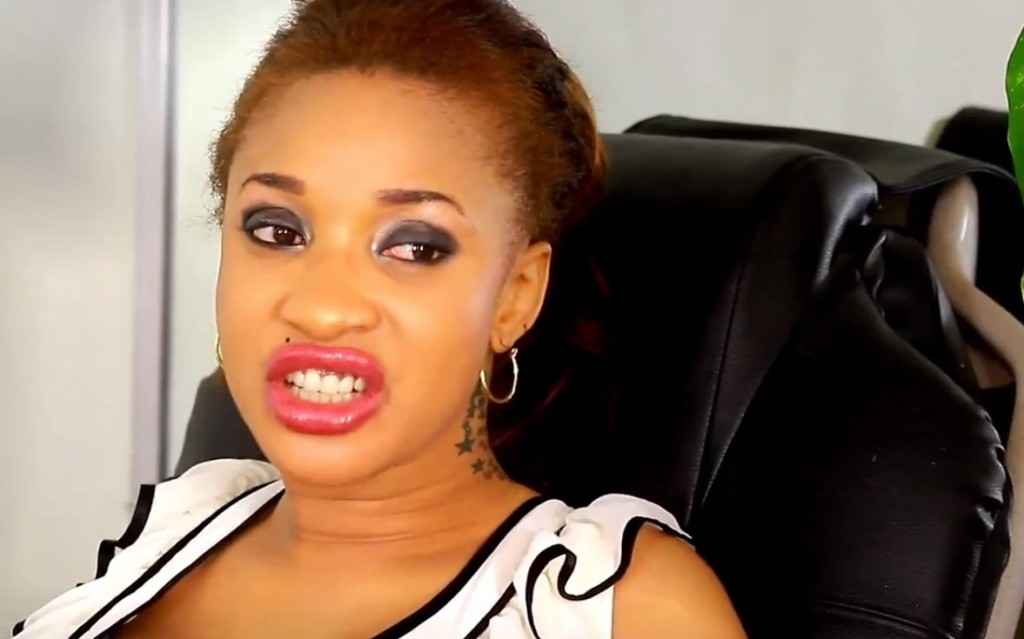 Yesterday, Tonto Dikeh and a film producer Ada Slim had an exchange of words on social media, as the latter claimed that the actress is indebted to her and left her in the ditch when she was down.

Ada Slim took to Instagram to claim that she helped Dikeh find her feet in the movie industry.

Slim said the actress borrowed the first car she ever owned from her, claiming that the car, clothes and all other things she loaned were never returned.

The producer said she believed in Dikeh “even when you had doubts” in herself, adding that “My dream was to make your dream come true.

“I produced the first film you ever acted in the history of your Nollywood career.”

Asides accusing Dikeh of failing to return items loaned to her, she claimed that the actress made her go bankrupt through a film project.

“I quit because of the pains and loss you caused me (N2m loss in one film). I went bankrupt, you never even looked out for me for the 5yrs I was in exile in New York. 10 years later… here we are.”

In response to her post, Dikeh claimed not to be aware of any allegations, saying she does not recall borrowing anything from her.

She, however, asked Ada Slim to send her the bill if truly believes she owes her.

“I got your message, and I am here to tell you that you have been played, I have and will never talk about you negatively.

“I can’t remember having your car in my possession now owing you or having your clothes with me, but if I truly do, please big sis send me the bill.

“God has blessed me now and I am super grateful, you were Gods sent to me 10yrs back, and today I can only thank you for letting God use you on my journey.

“You ruined the chance of a meet and greet when you made this a public thing, but in all big sis, Have a blessed life,” Dikeh wrote.

DJ Cuppy, Temi Otedola celebrate their mother on her birthday