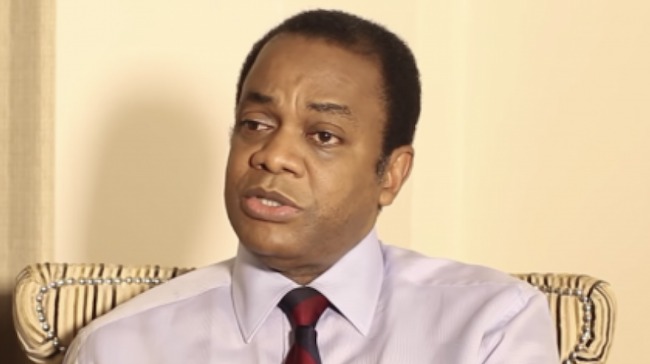 Former Governor of Cross Rivers State, Donald Duke has confirmed that the APC had used a childhood photo of his to depict a young Bola Tinubu in a documentary.

Donald Duke, in a video gone viral, had revealed that the All Progressive Congress,  APC used his childhood photo to show a younger Bola Tinubu in a documentary.

Last week, rumours circulated on multiple platforms that the APC had used a photograph of Donald Duke in a documentary to pass him off as a younger Bola Tinubu.

It was later found that the photograph was of a 12-year-old Donald Duke, shot during his high school days in Sokoto.

The photograph was featured in Tinubu’s documentary, which was apparently shown on TVC and uploaded to YouTube channels, and talked about his upbringing, education, and other life tales.

In a video which has surfaced online, Donald Duke confirmed the reports, saying;

The picture of the boy used as Bola Tinubu in all the documentaries is me. I am the boy in the picture, not Tinubu as they claimed in their documentaries.

“That photo was taken when I was 12 years old during my school years at the Federal Government College Sokoto, in Sokoto stat.”

Related Topics:Donald DukefeatureTINUBU
Up Next