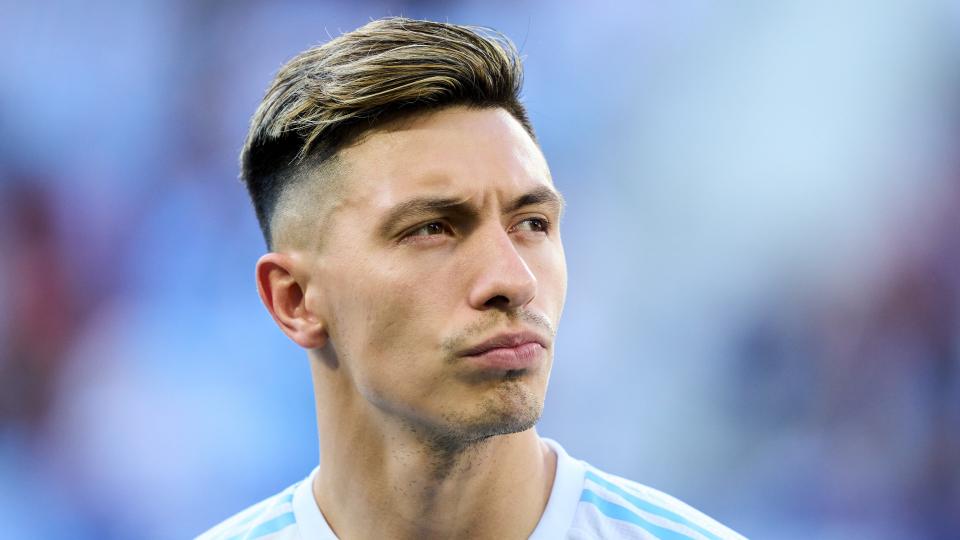 Sergio Kun Aguero may have played for the right Manchester club in Manchester City, but that hasn’t stopped the Argentine from being full of praise for his compatriot, Lisandro Martinez who has proven Premier League pundits wrong by keeping the team’s defense tight.

The Legendary Manchester City player Sergio Aguero expressed his happiness for Lisandro Martinez of Manchester United for disproving his detractors.

Martinez, 24, switched Ajax for the Red Devils in a £50 million deal over the summer, reuniting with Man United boss Erik ten Hag.

Martinez had a strong reputation before he joined Old Trafford, but many experts thought that, primarily because of his height, the Argentina international would struggle in England.

Martinez, the shortest center defender in the English Premier League at 5 feet 9 inches, was quickly criticized for joining Erik ten Hag’s team after Man United’s humbling 4-0 loss to Brentford in August because of this vulnerability.

Martinez, who has started all but one of Man United’s games so far this season, has been in commanding form since the Brentford game and may be the team’s finest player.

“Licha already at Ajax had shown that he’s a strong and brave player and that size doesn’t have as much influence. He was a figure in that team and for a reason, Ten Hag took him to United.

“I understand that some in England might have doubts, they didn’t know him. But he only needed a couple of games to show his quality and today not only is he not questioned, but it’s said that he’s vital in the defensive structure of his team.

“I am happy for him because he deserves it.”