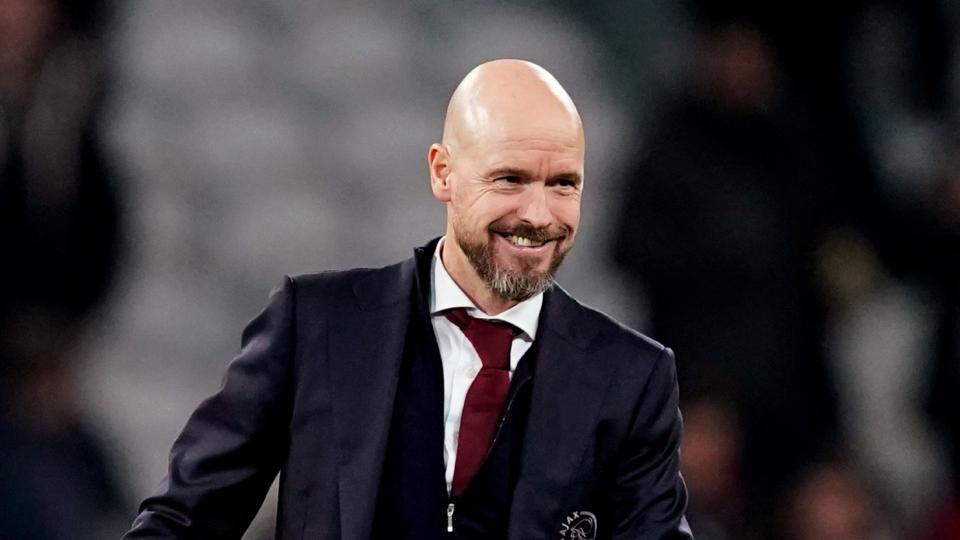 It is definitely what every Manchester United fan would be eager to ear considering how many transfers failed as a result of players rejecting a move to Old Trafford.

But Lisandro Martinez can’t get enough of the idea of wearing the United badge all due to Erik Ten Hag.

The player who was recently announced by the Red devils and unveiled to fans revealed his reasons for accepting to join the club this summer.

To the Argentine, it was all due to the presence of manager, Erik ten Hag at Manchester United that brought him to Old Trafford.

The 24-year-Old who was unveiled at the club yesterday, Wednesday, was ironically reunited with Ten Hag and in his opinion, he believes the Dutchman will bring a winning mentality to the club.

The defender and the Dutch boss both worked together in Ajax from 2019-22, where they won two Eredivisie titles, a KNVB Cup and on a personal level, the versatile defender was named Ajax Player of the Year last season.

“I was with him for three years at Ajax and I know his style of playing.

‘With him, I improved a lot, to be honest. He’s here in Manchester now, so again the opportunity was there and for sure he’s very important in my career,” Martinez told United club media.