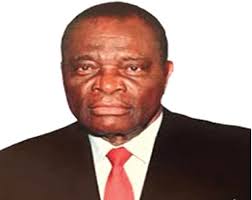 On Thursday, Parry Osayande, retired Deputy Inspector General of Police, said that it would be right for Nigerian youths to participate in the 2023 general election as to reduce the possibility of rigging since the youths constituted the majority of the voting population.

He also supported the motion raised about the President, Major General Muhammadu Buhari’s (retd.) resignation by the northern elders having failed to secure the lives of Nigerians.

The recent presidential pardon given to some convicted persons, particularly former governors Joshua Dariye of Plateau State and Jolly Nyame of Taraba state is also an act he frowned at.

Speaking to journalists in Benin City, the former chairman of the Police Service Commission said,

“All the politicians are jokers and they are taking us for a ride. It is high time the youth used their votes with the improvements made to the new electoral law because by bringing in technology, rigging will not be as easy as it used to be. So this gives the youths a more formidable weapon to use in the new Electoral Act and vote the charlatans out of office.

“So, if the government is not sufficiently responsible to come and carry out the functions defined by the constitution, then it has to be voted out.”

On the call for Buhari’s resignation, he said, “Somebody is talking about interim government, is there any government here? In any case, why can’t the president resign if he cannot carry out his functions?”

He added, “That pardon is absolute rubbish. How can you do a thing like that? Why release somebody who has stolen public funds, which has led to the death of the people. Now that they have been pardoned, what happens?”

Why I granted pardons to ex-Govs Dariye, Nyame – Buhari