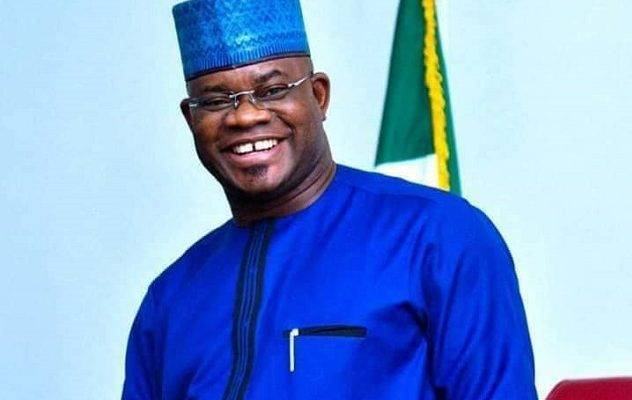 Kogi State Governor, Yahaya Bello, otherwise known to Kogi indigenes as the White Lion, has wild dreams for himself and Nigerians in general.

The governor sees himself as the rightful president of Nigeria and Nigerians, a vision he isn’t ready to give up even after losing the presidential party ticket in the recent primary to Bola Tinubu.

The Governor, Yahaya Bello in reaction to his embarrassing defeat among peers, declared he would still take another shot at the presidency no matter the cost.

He gave the hint during a chat with newsmen at the State House, Abuja, after he paid a courtesy visit to friend and mentor, President Muhammadu Buhari.

Bello claimed the presidential race was an opportunity for him to “test the microphone”, vowing his next attempt would be “supersonic” and disastrous in volume.

“Let us not give up hope. We must continue to try. I have learned a great lesson from this first trial. And I’m never beaten twice.”

Bello appealed to his support base not to be disillusioned, stressing that in life “sometimes you win some and sometimes you lose some.”

Speaking on the Muslim-Muslim ticket debate that plagues the party, the politician spoke of Tinubu saying:

“Tinubu is an astute politician. He understands the game well and he knows how to win a contest, especially at this level.

“I’m confident that Mr. President, our party leaders and elders will come up with a selection that is going to sell the party and the candidature of our party, and ensure victory, whether Muslim-Muslim ticket or Christian, northeast or wherever.

“Whether it’s Muslim or Christian, we’re all Nigerians. I have been advocating that we should de-emphasise our fault lines, which divide us. Let us rather dwell on what unites us more. That is my position.”