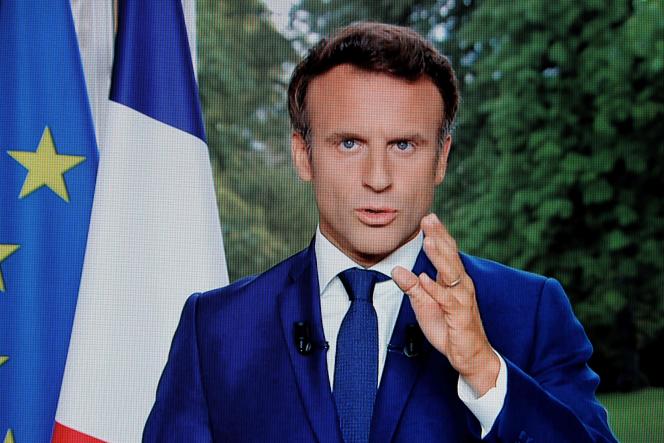 French President, Macron is firmly behind the European Union’s decision to grant Ukraine and Moldova, European Union candidate status, as he declares it the right message to Russia.

He stated this while speaking at a news conference alongside European Council President Charles Michel and Commission President Ursula von der Leyen.

“A strong signal to Russia.” The President vehemently declared.

“The message that is sent today very clearly and we just saw it with President Zelensky.

“It’s a very strong message, coherent with what our Europe since day one of the conflict has known to do. Which is: reacting swiftly, in a historic way and united. Through sanctions, two days later and six times since then. Through macroeconomic, military and financial support to Ukraine. And now through this political gesture,” Macron said.

“This strong united Europe has been up to the task.

“More broadly today, it’s a European perspective that we recognize to Ukraine, Moldavia and Georgia.

“Which is a very strong signal to Russia and in the geopolitical context we mentioned and the choice made for Ukraine and Moldavia to be granted this candidate status to the European Union,” he added.

“We owed this to the Ukrainian people which is fighting to defend our values, their sovereignty and territorial integrity. And we also owed it to Moldavia regarding its political situation, of the destabilization attempts it is experiencing, and the generosity it showed in the context we just mentioned,”

The statement comes in response to the ongoing crisis and war between Russia and Ukraine that has involved the European Union and other world powers as they look to shut down Russia’s influence.