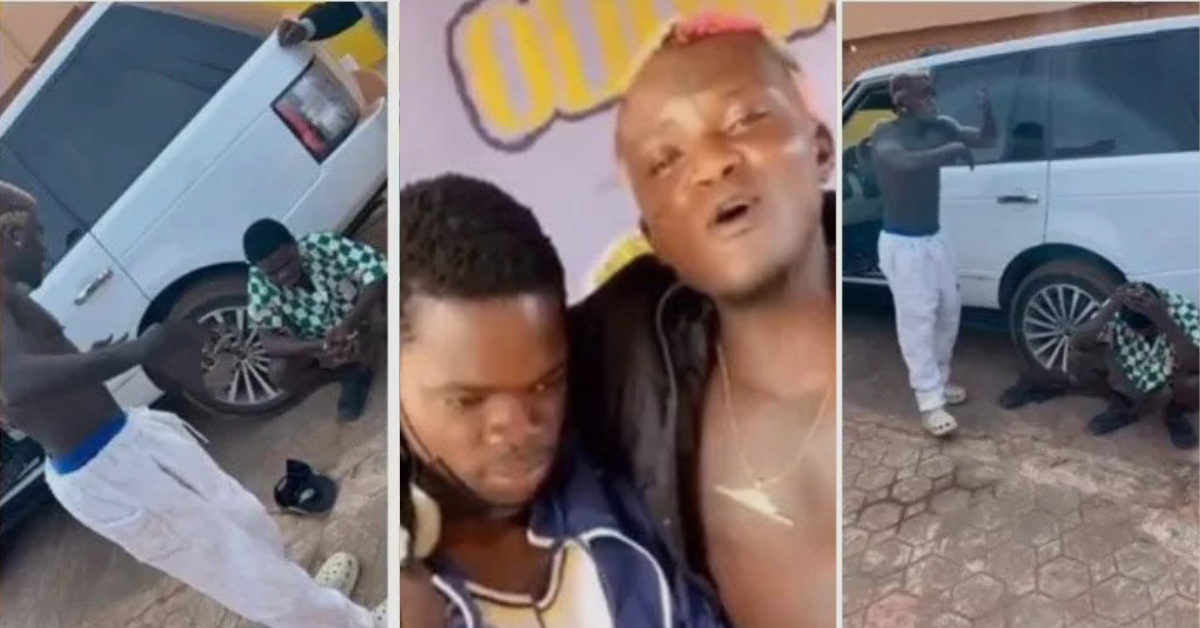 Manny Monie, the signee of Portable’s record label, Zeh Nation seem to have reconcile with his boss days after being  accused of ungratefulness.

In a video that made rounds on social media, street pop singer, Portable was captured as he manhandled his singee, Manny Monie while accusing him of being ungrateful of everything he (Portable had done.)

Days after it all, the Zazuu crooner has burned the hatchet and the duo had reconcile.

According to him, they are now working together and the young artiste have received recognition after being “panel beating”

According to him, Manny said that despite the beating he received, he still wanted to remain signed to Zeh Nation.

In a fresh video making the rounds online, Portable vouched for Manny and said he has passion for music.

TopNaija recall that the controversial Nigerian singer, Portable has accused an artiste signed to Zeh Nation of being ungrateful.

The Zazuu star shared a video which captured the moment he assaulted the signee known as Manny Monie.

Portable could be seen scolding Manny Monie over allegations that he tried to double cross him by employing two music distributors without his knowledge.

The street-hop crooner bragged about how he made the singer to blow by giving him a music deal and promoting him.

He also accused Manny of being a scammer and wondered why he would go into fraud when he has a well paying job and affords him a life of luxury.

A part of the trending footage which is too gory to be posted showed when Portable got physical with the signee who was sitting on the floor.

“I Went From 3 Apartments, Exotic Car In Nigeria To Living In One Room In Germany” – Man Laments

Why Jude Bellingham will Choose Them Over Us—Rio Ferdinand