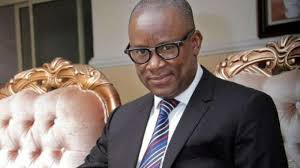 Senator Owan Enoh, who represented the Central Senatorial District in Cross River State in the 8th Senator, says, if elected governor, he would tackle the unemployment in the state by creating a lot of jobs for the teeming unemployed youths in the state.

He stated this on Tuesday in Calabar, while addressing journalists on his desire to seek the governorship ticket of the All Progressives Congress.

Enoh said, “Our people are confronted by shrinking opportunities and in need of jobs. Job creation shall therefore be one of the cardinal priorities of my administration.

“The jobs are needed to support households, put food on the table, and have money in the pocket. Within the first one hundred days of my administration, I will introduce several quick-win programmes with the aim of creating immediate and sustainable jobs in different sectors across the state.”

He said the government would incentivise support to community-based trade and agriculture, while rural women will be advanced soft loans through the state-owned microfinance bank.

Enoh, who contested the governorship election in 2019 but lost, also announced the creation of a job directorate and other measures that would involve the private sector to create employment.

He urged his party to tread with caution on the issue of zoning, adding that the party should not take chances in 2023 but field a candidate who is acceptable across the 18 LGAs in the state because the Peoples Democratic Party was still very formidable in the state.

“The most important agenda for APC is to win the governorship election in 2023 for the state to remain an APC state,” he said, adding that victory would depend on the candidate fielded by the party and that he is that candidate.