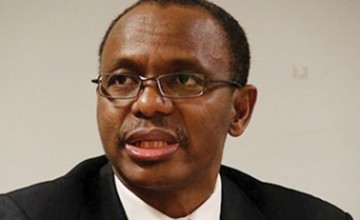 Kaduna State Governor, Nasir El-Rufai, has admitted that he and some other people he did not name can no longer be laughing with President Muhammadu Buhari as they were doing when they were in opposition.

He said in those days, he and others would be laughing and rolling on the floor of Buhari’s living room.

The governor who apparently was talking about the funny aspect of the President spoke in a documentary, “Buhari: Beyond the Iron and Steel” put together by the President’s media team.

The Special Adviser to the President on Media and Publicity, Mr. Femi Adesina, made excerpts of the interviews in the documentary, meant to show the other side of Buhari, available on his Facebook page on Sunday.

“When we were in the opposition, you needed to see how we rolled on the floor in his (Buhari’s) living room, as we laughed. Of course, we can’t do that again now,” Adesina quoted El-Rufai as saying in the documentary.

“He gives you things to do and leaves you strictly to do those things. No interference at all, once he has confidence in you… And he cracks those jokes, and manages to still keep a straight face,” Osinbajo said.

The Senior Special Assistant to the President on Diaspora Matters, Abike Dabiri-Erewa, said she wished Nigerians know Buhari’s “softer side.”

“How I wish Nigerians know his softer and accommodating side. Very jocular. But it is our duty to tell them,” she said.

Ogun State Governor, Ibikunke Amosun, who is an ally of the President described him as a “reformed democrat.”

“I wish I had his patience. He would listen to everybody and then take a decision. He is a reformed democrat,” the governor said.

On his part, the Minister of Power, Works and Housing, Mr. Babatunde Fashola, said, “He gave me some priority projects: Mokwa/Jebba road, Lagos/Ibadan Expressway, and Second Niger Bridge… He never appends his signature to anything, unless you’ve explained, and he understands it.”

The documentary is billed to be aired on the Nigerian Television Authority on Sunday and Monday at 8pm and on Channels Television on Monday.