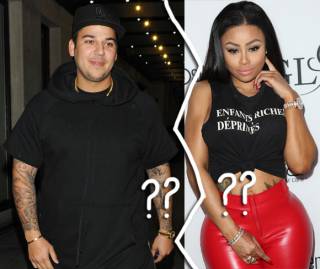 
She take my money when I’m in need

For some reason, I’ve just been feeling that Kanye and Jamie Foxx jam.

Right, let’s get on with gist today.

As we reported earlier, Blac Chyna (still singing now I ain’t saying she a gold digger) and Rob Kardashian have settled their custody battle over their daughter, Dream.

They agreed on joint custody and a hefty monthly payout to Blac Chyna in the form of child support for their daughter.

One would have thought that would be the end of their beef, right?

It sounds like Blac Chyna knows how she wants this to end, however.

“Chyna wants Rob to pay for what he did to her.”

That sounds fair, honestly.
“She knows what Rob is worth and she wants him to apologize with a huge cheque.”
You can look at that sort of thing as millionaires getting out of legal trouble by paying a lot of money.
Or you can look at it as a victim getting a better life as a result of what happened to them. There’s more than one kind of justice, you know?
“Chyna wants millions from Rob. Millions.”
“Like seven or eight figures to make up for the nasty things he did to her. And if he doesn’t settle with her on this, she is not afraid to file a civil lawsuit against him.”
These guys are never short on drama. *plugs earpiece*  lemme goan listen to my Kanye/Jamie jam jare.

Serena Williams writes a heartfelt letter to her mother