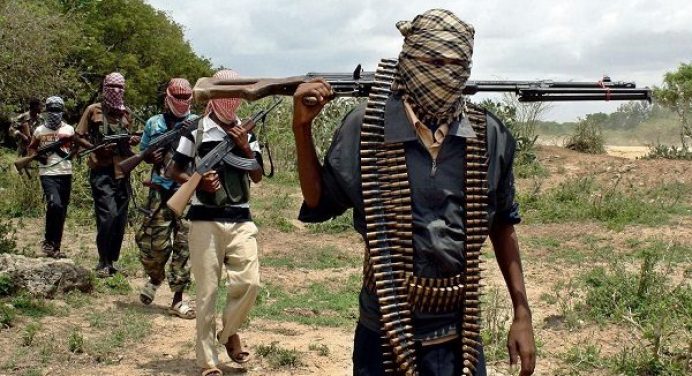 Armed bandits, on Wednesday, attacked a military camp in Zazzaga community in Munya Local Government Area of Niger State and engaged the soldiers in a gun fight, which led to heavy casualties on the side of the bandits.

In accordance with a reliable source near Zagzaga community, the bandits attacked the community at about 4.00am and shared themselves into three groups.

The first group got to the military camp situated at the Junior Secondary School about 500 meters from the town where they involved the soldiers in a gun fight, the second group set trap on the major road leading to the community.

Our source disclosed that following two hours of gun battle from 4.00am to 6.00am, the soldiers exhausted their ammunition and retreated, but not until they caused heavy casualties on the bandits.

After the soldiers retreated, the bandits attacked the camp, set the military vehicles ablaze and took off with another. The bandits additionally set ablaze the food store in the camp.

“I think the bandits might have used the military vehicle to evacuate the injured ones and possibly some dead ones among them because the soldiers really fought them to stand still until their ammunitions finished.

“The bandits came around 4.00am, and since that time, it has been gunshot sounds until about 6.00am this morning”, our source stated.

Wasiu Abiodun, the Police Public Relations Officer, was not within reach to confirm the incident as all calls and messages to his telephone were not responded to as at the time of the press.

Related Topics:BanditsfeaturemilitaryTwitterZazzaga community Niger
Up Next