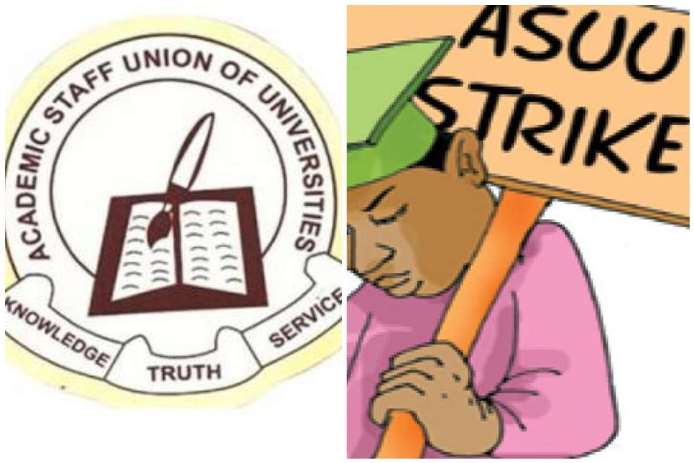 The ongoing strike action by the Academic Staff Union of Universities has prompted the Students’ Union of the University of Ibadan, Oyo State, to  write to the President, Muhammadu Buhari.

The Union’s appeal letter to the President on Tuesday was titled ‘The Federal University System in Shambles; An Appeal to President Muhammadu Buhari, GCFR’, and signed by the President and Secretary-General of the Union, Adewole Adeyinka and Bamidele Paul, respectively.

The letter partly read, “Your Excellency, we write to you as a body from Nigeria’s Premier University, the University of Ibadan, which has over 40,000 students. It is pertinent to note that since the inception of ASUU in 1978, the union has embarked on many strike actions, making various demands for the improvement of the university system and the working condition of staff. ASUU has deployed deliberation, negotiation, signing of MoUs, and lobbying, to no avail.

“Today makes it 85 days since ASUU declared a warning strike on February 14, 2022. Nigerian students have been trapped at home for nearly three months, and going by its inaction, it appears that government is out to frustrate our ambitions and aspirations.

“Since the declaration of the strike, there have been several unproductive meetings between the Federal Government and ASUU. Deliberations have typically been about the renegotiation of the agreement previously made between both parties since 2009.”

The union said further that in 2007, “the Federal Government bailed out banks with a whopping sum of three trillion naira. Only recently, 4.6 trillion naira was expended on fuel subsidy. To our mind, the educational sector is at least as important as these sectors. Mr. President, Sir, why is it difficult for the Government to save university education?”

The Union, thereby, concluded by tabling the following demands: “We call on you today as a parent to address the issue in an address to the nation; we appeal that you adopt the UNESCO recommendation on the funding of education; we strongly recommend that all agreements between ASUU and the Federal Government should be honoured; we request that the board of the Tertiary Educational Trust Fund be headed by an academician; we suggest that His Excellency meets with Students Union Presidents of all Federal University for a better understanding of our pressing needs.”

Related Topics:ASUUUniversity Ibadan
Up Next