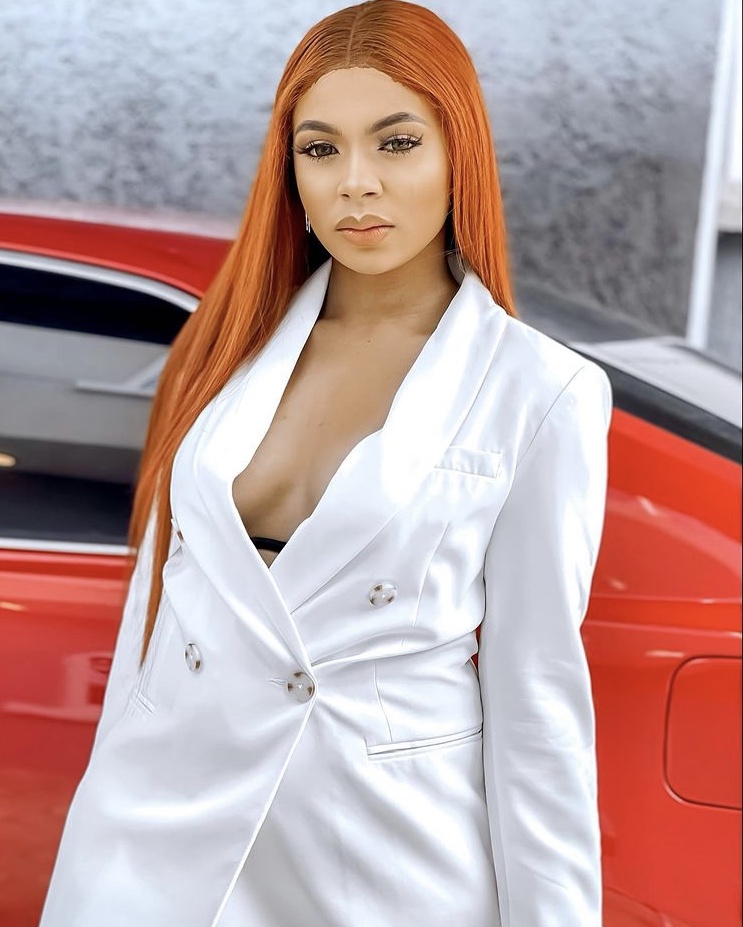 All you need to know about Afije Rosaline Omokhoa popularly know as Liquorose Big Brother Naija 2021 Housemate Let’s take a look at her Biography, Nationality, Career, Age, Net worth, Family.

EARLY LIFE
Afije Rosaline Omokhoa is a native of Edo State, born on 31st of March 1995 in Surulere, Lagos State. She had her youth involvement with the urban areas of Lagos where she got educated and seek after her vocation.

After her primary/secondary school education, she got admitted into the University of Lagos (UNILAG), to study Christian Religious Studies, and graduated in the year 2019.

CAREER
Liquorose has always been a creative and dancing came natural to her. she likely started making a name for herself in 2012.

In 2012, her fantasy was honored to acquire her a spotlight in media outlets as she was special to starred in the award winning television series arrangement “The Johnsons”.

BBNaija Liquorose‘s glory didn’t stop there as she was featured as a video vixen in Chop Am by Reekado banks, yo,yo,yo by Selebobo, Oh Oh by Runtown, and Jalla by xcellente featuring Solid Star. She started showcasing her talent in dancing via social media, she was fortunately discovered by Nigerian music video director Clarence Peters, who made her join force with “E4ma and Ellaley” in one of his video shoots.

The three of them— E4ma, Ellaley and liquorose went ahead to create their own dancing group named Girls Got Bold (GGB) dance crew.

Liquorose group, Girls Got Bold (GGB) dance crew, is one of the best dancers on instagram till date. GGB crew worked with musicians such as 2face, Yemi Alade, Patorankin, Harrysong, Timaya, Kizz Daniel and more.

Rose Afije says that she wants to make a name for herself as an A-list actress and a writer. Before dance took over her Instagram page and got so many people’s attention.

That’s why she is one of the few housemates with an already large fan base before she even stepped foot on the reality show. Her Instagram account already had over 700K followers, which made many shocked that she’s not meant to be in the BBNaija Season 6 2021 because she’s a famous Nigerian female dancer.

FAMILY
There’s no real fact about her family yet, it hasn’t been revealed.

RELATIONSHIP
According to Liqurose, she is single and has been single for a long time because she has suffered a lot of heartbreaks.

“Yea I’m a lover girl when I am in love but at the same time I’m single and I am keeping an open mind because I have been away from a relationship for about a decade”.

PERSONAL LIFE
She said Besides dancing and acting, she loves writing, reading, and cooking, and she used to post poems on her Instagram page before 2016.

Liquorose, said— she is not fresher to the screens, has somehow conquered her previous passions in dancing and acting and now set for the chase for a whooping N90m in the BBNaija Season 6 Shine Ya Eye reality show. “She says that she can turn up the glam when it is required”.

She told fellow housemates that she has been in front of the camera all her life. Hope this platform Big Brother Naija season 6 helps her in changing her career in terms of Huge Wealth

ACHIEVEMENT
Got Bold (GGB) dance crew. She has also appeared as a model for Wodibenuah clothing brand and Pulse.ng, and also promoted skincare products for Rixari cosmetics, the Infinix Hot 10T for Infinix Nigeria.

HOBIES AND DISLIKES
The 26-year-old reality star has a passion for entertainment because of his love for dancing. She also has a talent for acting.

BBNaija Liquorose hates pretentious characters; She declared that she does not mingle with people that seem fake.

NET WORTH
The multi-talented entertainer, BBNaija Liquorose net worth estimated hasn’t been confirmed. As Rose said, she has been making money from her various gigs for a long time. However, we are yet to find concrete proof of Liquorose net worth as she is yet to declare this herself.