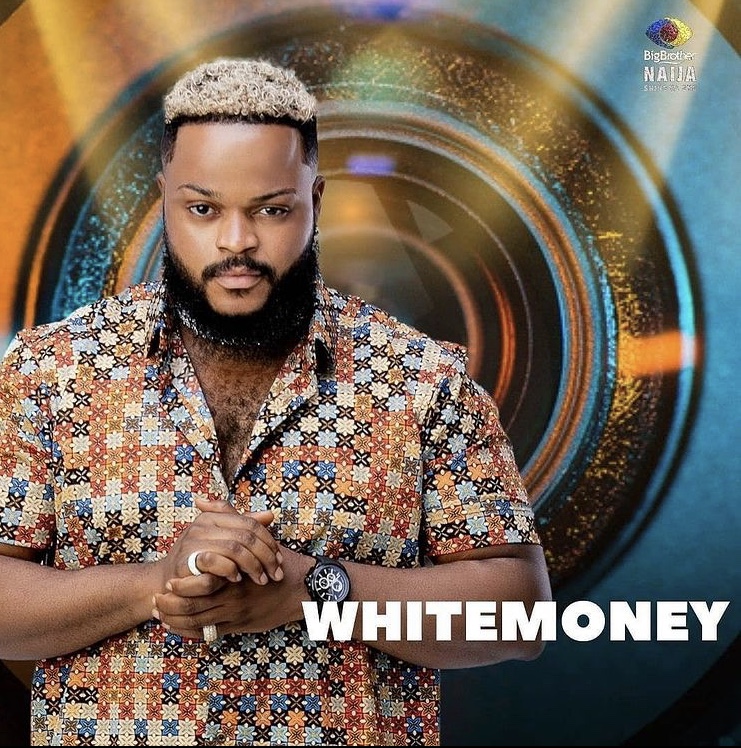 Hazel Oyeze Onou was born 6th, July 1992, he is a native of Enugu State, eastern part of Nigeria. He presently lives in Lagos State.

EARLY LIFE
Whitemoney said he lived under the bridges in Lagos, after spending years in Enugu. And also hustled as an Okada rider in Lagos. He had to sell food with his mother to make ends meet while he was young, BBNaija Whitemoney, said in his words; “I’ve done photography, fixed tiger generators, and fixed telecommunications mast; all because of the hustle and bustle”. His entrepreneurial ability also made him venture into barbing, selling hair products, jewelry and all sort.

White money can speak Yoruba, Igbo, and English fluently. In his hustling gigs in Lagos, he’s popular in Lagos markets like Yaba and Ojuelegba.

EDUCATION
Not yet disclosed, as he has always been saying he spent his childhood learning on how to make money through being an entrepreneur.

BBNaija Whitemoney has made a career for himself in the entrepreneurial industry. He upgraded from being an okada man to being an importer and exporter of shoes.

This business decision brought a turnaround in White Money’s business career as he experienced fast sales and came in contact with big clients.

Before his journey into the Big brother house, BBNaija Whitemoney made a living through barbing, selling hair products and at some point worked telecommunication masts along side with selling Gold chains for people around Yaba, Ojuelegba, Lagos State.

RELATIONSHIP
Whitemoney said he’s not in any relationship with anyone but he’s actually open for a relationship in the house if it comes.

PERSONAL LIFE
BBNaija Whitemoney likes to watch movies in his free time – a tool that helps to calm his nerves.

Business-savvy White Money Whitemoney describes himself as an open-minded “jolly good fellow” who likes to have fun. His hobbies include driving, hustling, watching movies, and making music. He has a great fashion sense, and as he said, his “swag speaks for itself”. He has a jewelry line and makes lip balm from scratch. From his looks, you can easily judge he is part of the beard gang.

BBNaija Whitemoney, during his interview with Big Brother, disclosed his dislikes and revealed that he hates back-bitters and hypocrites. According to him, he also hates gossip mongers and abhors where gossip is being discussed.

ACHIEVEMENT
BBNaija Whitemoney said his best achievement is his current business, as he is now involved in the production of designer shoes. He has great plans to take it to the next level as he’s planning  to have his own shoe brand.

White money has also left footprints in the music industry. In one of his discussions with his fellow BbNaija housemates, he revealed that he has a few tracks to his name — (wait for the amazing tracks I have in store for you)

BBNaija Whitemoney wishes that the Big brother show will offshoot his business career to stardom.

And he believes he will be the winner of the show BBNaija Season 6 2021 “Shine Ya Eyes”.

NET WORTH
His business career which is his major source of income. And he’s also expected to acquire more money after the show— waiting for what the show has to offer.