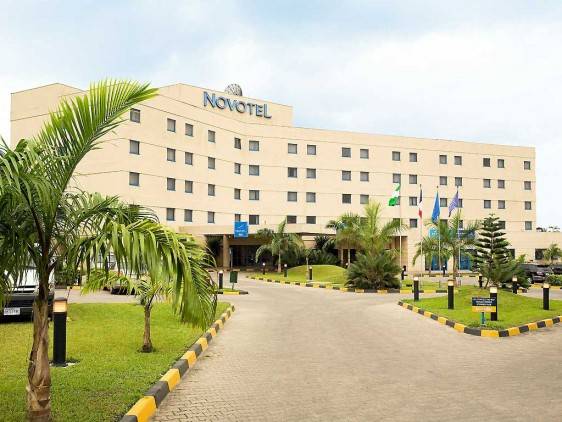 The dispute between Rotimi Amaechi, minister of transportation, and Nyesom Wike, governor of Rivers state, is far from over as the governor has ordered the revocation of the certificate of occupancy of Novotel Hotel, Port Harcourt, one of the places where Amaechi lodges whenever he visits the state.

A certificate of occupancy is what gives legal backing to a landed property.

Located at 3 Stadium road, Rumola, Port Harcourt, the facility is a 4-star hotel with 117 rooms.

Wike described the hotel as a “den of electoral fraudsters”, saying his administration would not encourage insecurity and instability.

Austin Tam-George, former commissioner of information in the state, had taken an exception to the act, saying it could be interpreted as a political move.

“The revocation of the certificate of occupancy of Novotel Hotel in Port Harcourt over the weekend by Governor Nyesom Wike disappoints and saddens me,” he wrote.

“If a business premises is suspected or established to be a crime scene, the police, acting on a court order, could move in to take control.

“It is extraordinary for a state government to revoke the certificate of occupancy of a business, simply because opposition politicians lodged there.

“Politicians in the state might think this is part of politics.”

But Simeon Nwakaudu, spokesman of the governor, accused Tam-George of spreading falsehood.

In a statement on Wednesday, the governor’s spokesman, said “Novotel is not above the law. Therefore, it must face the consequences of its illegal actions”.

Nwakaudu said the facility was used to manipulate the non-elective local government congress of the All progressives Congress (APC), which held on Saturday.

“On Saturday, 30th July, 2017, Novotel lived up to its notorious reputation as a den of electoral fraudsters.  Amaechi and his associates used the hotel to rig the APC local government congress. This ungodly action led to mass protests across Port Harcourt, which culminated in protests within the premises of Novotel.

“It took the timely intervention of Governor Wike for the situation to be contained as the security personnel detailed to assist the minister of transportation rig his party’s non-elective congress almost opened fire on the protesters.

“While Governor Wike continues to build the framework for investments in the state, he will continue to insist that all businesses operate in line with the tenets of the law.”

TheCable called one of the telephone lines on the website of the hotel and a male voice from the other end said normal activities were ongoing.

“We are still in business, normal activities are ongoing,” he said.

As of the time this report was filed, David Iyofor, spokesman of Amaechi, had not responded to inquiries by TheCable.

Poor network hindered a telephone conversation but a text message was sent and he is yet to reply.

Barclays Bank mandates Nigerians with less than £100,000 to close their accounts