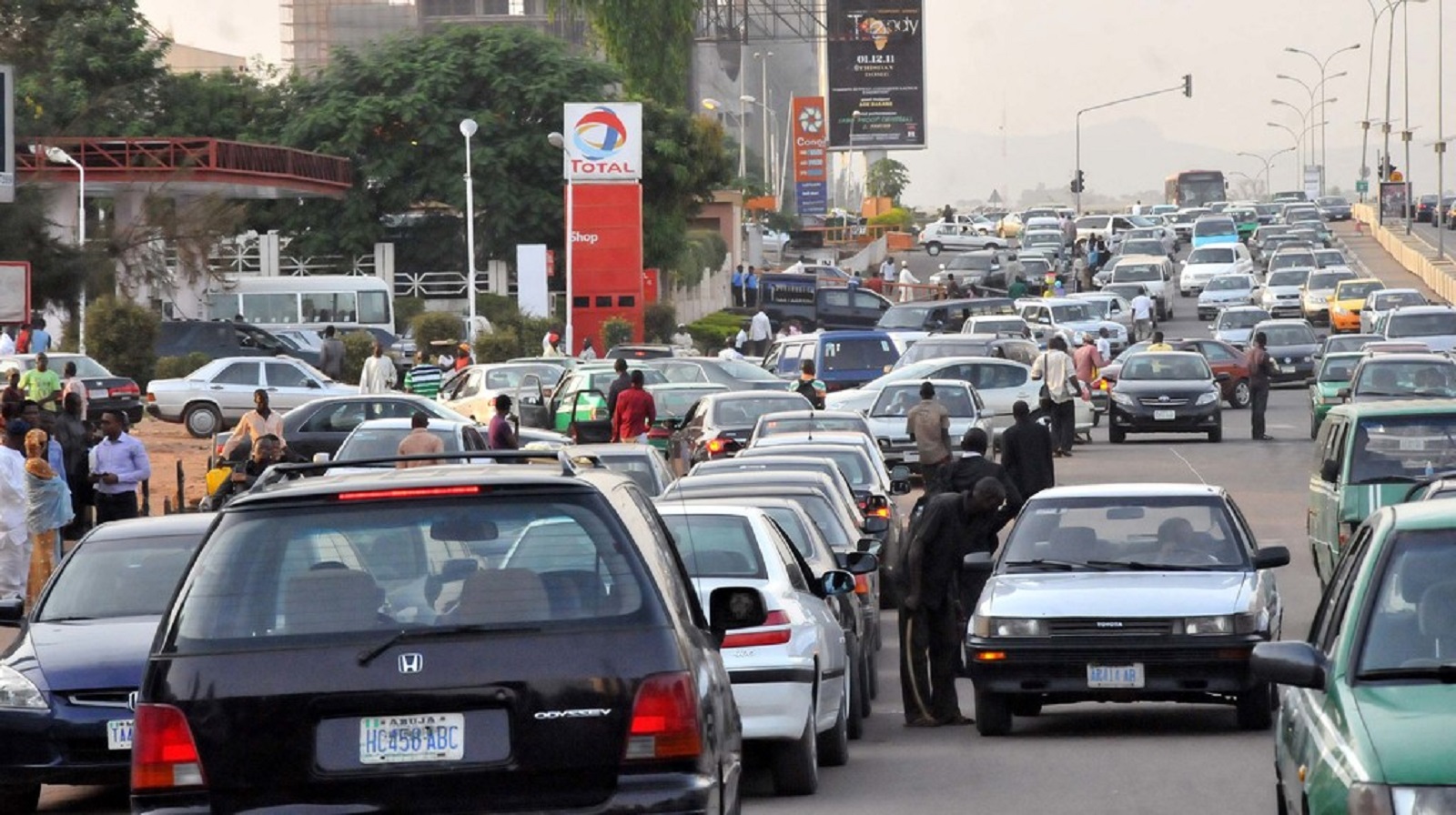 Reprieve came the way of Nigerians who have been groaning over the biting fuel scarcity across the country, as Oil workers yesterday suspended their nationwide strike.

The decision by workers under the aegis of the Petroleum and Natural Gas Senior Staff Association of Nigeria (PENGASSAN) to suspend the strike came sequel to the intervention of the Director of Department of State Security (DSS), Lawal Musa Daura, at a high-powered meeting held in Abuja.

According to a statement by national public relations officer (PRO) of PENGASSAN, Comrade Fortune Obi, the strike was also suspended following the intervention of the Minister of Labour & Productivity, Chris Ngige and the Minister of State for Petroleum Resources, Ibe Kachikwu.

Obi disclosed that the management of NECONDE Energy Services Ltd represented by its managing director and the legal consultants offered a letter of recall to the sacked employees of the company.

The NECONDE management also agreed to allow the union to exist in the company.

He added that the minister of Labour and the union agreed to address the anti-union posture by other indigenous companies and marginal field operators.

The statement further noted that a meeting was also fixed for the second week of January 2018, to look at the issues at stake.

LEADERSHIP had reported yesterday that fuel scarcity in major cities across the country may get worse, as PENGASSAN had concluded plans to commence a nationwide strike.

The association had threatened that the industrial action will lead to a shutdown of all oil and gas installations, including disruptions in fuel supply and distribution across the country.

Besides, the meeting facilitated by the Minister of State for Petroleum Resources, Kachikwu, in Abuja between PENGASSAN and the management of Neconde Energy Ltd to recall the sacked staff on Thursday had ended in deadlock.

This prompted the intervention of the DSS DG, Daura, who invited the leadership of the association to yesterday’s meeting to discuss security issues relating to the strike.

The Nigerian National Petroleum Corporation (NNPC) yesterday warned oil marketers to desist from hoarding the product or risk being arrested by industry regulators who have been detailed for enforcement.

NNPC spokesman, Ndu Ughamadu, noted in a statement that the warning followed the uncovering of 144 oil tankers filled with petroleum products in Kano.

According to him, government has intervened in an industrial action embarked upon by PENGASSAN over labour disputes with NECONDE Energy Services Ltd.

He noted: “NNPC warns marketers not to hoard products as law enforcement agencies, working with industry regulators, have been detailed to take appropriate measures against any defaulter.

“The Corporation further assures that there are enough petroleum products to keep the nation wet.

“NNPC wishes to state that relevant government agencies are in consultation with industrial unions to arrive at an amicable resolution of issues over which there are threats of industrial action”.

Also, the NNPC cautioned motorists and other petroleum products consumers against engaging in panic buying.

The corporation’s spokesperson, Ughamadu, added that the corporation has enough petroleum products to keep the nation wet.

In another development, the NNPC said it distributed and sold about 1.3billion litres of petroleum products throughout the country in the month of September 2017.

The figure was captured in the September 2017 edition of the monthly NNPC Financial and Operations Report, which was released yesterday in Abuja.

The figure showed a 29 per cent increase from the 950.67 million litres posted in the month of August 2017.

The sale of white products (petrol, kerosene and diesel) for the period September 2016 to September 2017 stood at 15.61 billion litres.

A further breakdown showed that petrol amounted to 13.65 billion litres and accounts for 87.45 per cent.

In terms of revenue generation, PPMC posted a total sales figure of ₦151.42 billion for white products in the month of September 2017, compared to ₦111.36 billion sold in the prior month of August 2017.

Total revenues generated from the sales of white products for the period of September 2016 to September 2017 stood at ₦1,877.42 billion, where petrol contributed about 85.08% of the total sales with a value of ₦1,596.98 billion.

The 26th edition of the NNPC Financial and Operations Report also highlighted that the corporation had sustained effective communication with stakeholders through this report via publications on its website and in national dailies.

This is in line with the corporation’s commitment to becoming more accountable, responsive, and transparent and a FACTI based Organization.

The September 2017 NNPC Financial and Operations Report is the 26th edition of the series.

Lagos Grounded Amid Fresh Round Of Petrol Scarcity

Meanwhile, the real situation about petrol supply and distribution across the country is yet to unravel, as claims of product availability by the Nigerian National Petroleum Corporation (NNPC) is still being denied by Oil marketers.

The sudden emergence of long queues at various petrol stations across Lagos State yesterday further raised doubt about the possibility of the NNPC normalising distribution of the product before Christmas and the New Year.

Already, commuters are beginning to spend hours at bus stops before getting buses to their destinations, while in some areas commercial vehicle operators have hiked their fares, suggesting another bleak festival for Nigerians.

Checks by LEADERSHIP showed that a few petrol servicing outlets, most of which belong to major marketers, were dispensing with one or two pumps in some cases – a clear indication of products rationing.

Supply of fuel to most fuel stations in Lagos and its environs worsened following planned industrial action by members of PENGASSAN, which was suspended yesterday.

Our correspondents who went round major stations in Maryland Ogba, Fadeyi, Falomo, Ojota, Ikorodu Road, Kudirat Abiola road and others in Lagos, reports that there was no fuel in most of the outlets.

MRS and NNPC outlets in Ojota and Kudirat Abiola road dispensed the product to customers amidst long queues, which disrupted vehicular movement.

Some commercial bus drivers claimed that fuel stations deliberately hoard the product in anticipation of selling same at black market price to customers.

However, Mr. Mike Osatuyi, National Operations Co-coordinator of the Independent Petroleum Marketers Association of Nigeria, IPMAN, in an interview with our Correspondent on the current emergence of queues, blamed the situation on inadequate products supply from NNPC.

Osatuyi said that NNPC is currently the only company importing fuel into the country and the volume being brought in is inadequate to meet market demand.

“We don’t have to debate this; the truth is that we are not getting enough supply and as such we distribute the measure received. So, except supply improves, the situation will remain this way”, he said.

Also, commenting on the situation while speaking with our correspondent, Mr. Olufemi Adewole, executive secretary of Depot and Petroleum Products Marketing Association (DAPPMA) said, “We are currently receiving inadequate supply of products. Now, petrol in the vessel is not the same with petrol in the tank and at the filling stations.

“So, when NNPC says we are bringing in a number of vessels with products you will understand that it takes four to five days for a vessel to discharge and when you do the calculation, you will now know how long it will take to discharge these vessels and get the products into depots and thereafter, distribution begins”.

Asked whethjer the situation is expected to normalise before Christmas, he said, “Like I have said, we don’t have products. I want to make it clear that we are under-utilising our facilities. We borrow money, we pay salaries and run other expenses. So, we need products to remain in business.

“If we have products and refuse to sell, we run at loss. So, the claim by NNPC that there is enough product has not really translated into reality, we don’t celebrate people suffering to buy petrol and we understand the economic implications of that as well so if we don’t have products we cannot deceive people that we have or hoard it”.

Meanwhile, the ongoing biting fuel scarcity may still take turn for the worse, as the Lagos Zonal branch of the Tankers Driver Union yesterday closed down Gulf Treasures Depot located in Apapa.

Gulf Treasures Depot is one of the few fuel depots constantly loading fuel since the beginning of the current fuel scarcity.

When our correspondent visited the area, the situation was chaotic, as trucks already loaded with PMS could not go out to deliver the product.

According to one of the staff, the union has hijacked the activities at the depot where they impose dues arbitrarily on customers and even the depot own trucks.

Speaking on condition of anonymity, he said, “Our management tried to avoid this situation by engaging in dialogue with them but they remained adamant and do things with impunity.

“Where is it done that people from nowhere will form themselves into union over a business they have no stake, whereas we have our own drivers who are members of the union?

“Most of them doing this were union executive in places or depot they worked with, but deprive our own drivers of their right.

“As if this is not enough, they now attack the company that houses them. There cannot be union without the company.  Union cannot forcefully take over our company.

He accused the union of double standard and reckless impunity, in what the management described as a mission to run down its business after recording lost for over two years due to the union’s unholy operation and oppression.

Another staff at the depot further called on relevant authorities to swing into action before things get out of hand, such that over six hundred jobs may be affected.

“If urgent steps are not taken, over 600 members of our staff will loose their jobs to tanker drivers high handedness. Government should immediately step in and save our jobs. We cannot be sacrifice for tanker drivers”, he cried

Hijab: Reps May Seek Supremacy Of Rule Of Law