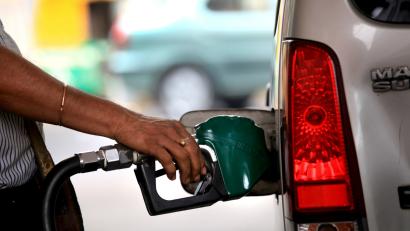 According to the command’s commandant, Waziri Goni, the artificial petrol scarcity aiders were nabbed during an operation between 1:00 am and 4:00 am while selling to black marketers.

Goni revealed that the manager of a filling station was arrested selling petroleum into the two golf vehicles, adding that “one vehicle was carrying 40 jerricans while the other was with four drums loaded with PMS.”

He added that his men, on March 14, arrested eight people with two buses carrying 101 jerricans and four drums of petrol at a filling station in Kwanam Kashere in Akko Local Government Area.

The commandant said his men, on March 23, arrested one 42-year old Mohammed Maigari, an NNPC driver with vehicle number: DKU355XA at a filling station while allegedly diverting the product.