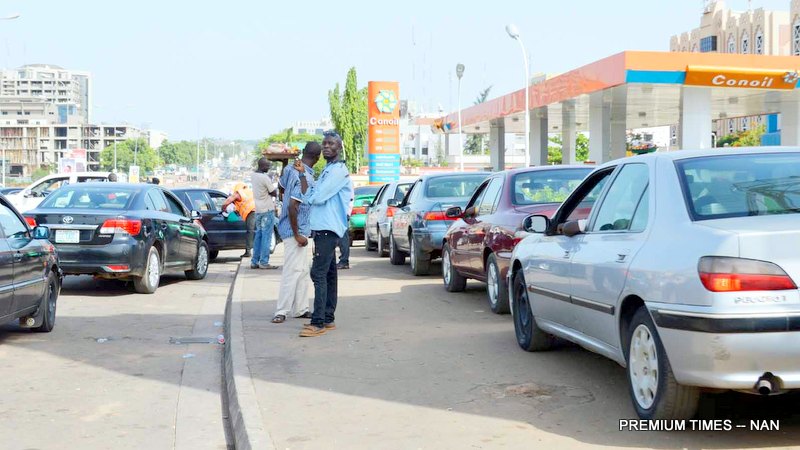 Vehicles have resumed fuel queues again in some parts of Lagos state following claims by members of Petroleum Tanker Drivers and NARTO that rising diesel cost affects their operation.

The tanker drivers claimed that the cost of bringing petroleum products to fuel stations has become alarmingly high.

He stated that his members had not been getting supplies in the past three days.

Osatuyi said, “We have not been getting supplies in the past three days, which explains why many independent marketers have exhausted their stocks.

“Also, it should be noted that we get the product at N163 per litre and sell to motorists and other users at between N180 and N200 per litre.

“Moreover, the high price of diesel, which currently stands at N820 per litre, has compelled us to spend as much as N500, 000 and N800, 000 to take a tanker of the product from Lagos and Ibadan respectively.”

The Natural Oil and Gas Suppliers Association had earlier hinted that diesel might rise as much as N1500 in the coming weeks if nothing is done to address the situation.

According to the National President of the Association, Bennett Korie, ”The only way out, if you want to know, is that they (the government) should increase the price of fuel a little to reduce the money spent on PMS subsidy.

“I know Nigerians will not be happy to hear this, but this is the only solution.

“They should increase the price of fuel a little so that the savings will enable the Central Bank of Nigeria to have enough foreign exchange.

“You and I know that we import everything now in Nigeria. Diesel is an imported product and it is fully deregulated.

“So the importers are not getting dollars at the official CBN rate to import diesel. Everybody is going to the black market to get dollars to import their products and so you expect the price of diesel to be high.”

Kenneth Gbagi clamors that Nigerian President should be a southerner