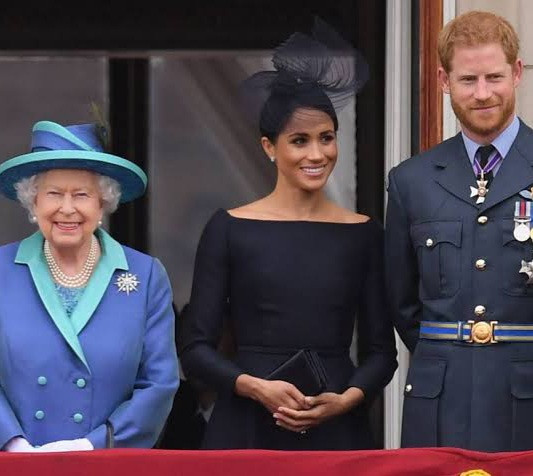 Queen Elizabeth has officially confirmed that Prince Harry and Meghan Markle will not be returning as working members of the Royal Family nearly a year after stepping down.

According to statement released today February 19 2021 by Buckingham Palace, the dramatic announcement was made in a palace statement at midday today, and sees the Duke and Duchess of Sussex quit for good more than one month before the one-year “Megxit” review was due to be concluded on March 31.

Buckingham Palace referred to the Sussexes as “much-loved members of the family” and said it was “saddened by their decision”.

It also revealed the Queen had “written confirming that in stepping away from the work of the Royal Family it is not possible to continue with the responsibilities and duties that come with a life of public service.”

Harry and Meghan responded by releasing a statement three minutes later, saying they “remain committed to their duty and service to the UK and around the world.”

Harry and Megha added: “We can all live a life of service. Service is universal.”

Stepping down as working royals means Prince Harry and Meghan Markle will not be able to hold on to their military, Commonwealth, and some other patronages.

Download The Untold Story: Rihanna Would Be A Better Rock Star [PDF]