Download The Untold Story: Rihanna Would Be A Better Rock Star [PDF]
Advertisement 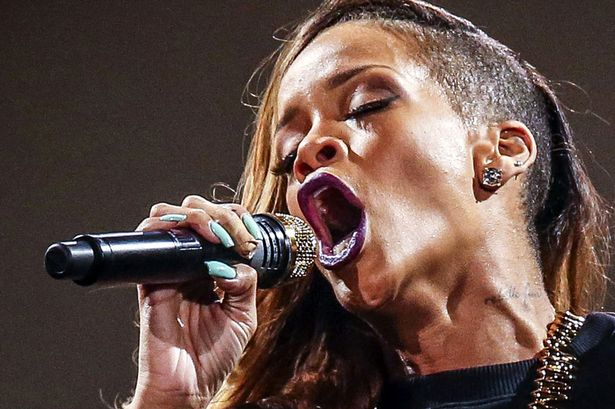 On November 20th, 2009, Rihanna’s fourth studio album “Rated R”, was released – depicting an introspective strength which it underlays and she stood by, and overcomes the experiences sitting in between the project that figuratively paints about her life back then. She faced relationship assault with her boyfriend in September 2009; with the popular American R&B singer, Chris Brown, who was prosecuted for carrying out domestic violence on his Ex girlfriend Robyn Rihanna Fenty, after investigation and he faced the law.

In her fourth released project “Rated R”, creates a loop space that relaxed her fine R&B songs; as it safely traveled through heavenly bop spectrum that can be felt in between the whole creation that never refutes the sonic fusion which overly balanced, excellent delivery abruptly.

The 5th track from the LP, “Rock Star 101”, tells of her sturdy eclecticism that reflects from her in-depth creativity for songs that could include rock. “Rock Star 101” is a very edgy exposure from the recording down to the strong sex symbolic visual which x-rays Rihanna’s B.side completely, that I fathom she hasn’t let us see through the light enough, since 2003. Her 2010 “Last Girl Tour” in Europe, Asia, North America, and Australia that ran from April 16, 2010 – March 12, 2011, strongly examined her as a better rock star through the strong illuminating stage performance of the 5th-track that unravels with her B.side respectively, with her craziness in between and her entirely wild apex beyond sex symbolism.

In her lyrical essence for the record, she chorused locking the bop intermittently:  “To be what you wish/You gotta be what you are/Only thing I’m missing/Is a black guitar/I’m a rock-star/Hey baby, I’m a rock-star/Hey baby”, she choruses continuously at the mid of the song that the art left answers that unveils something like new ideology, seeing “Robyn Rihanna Fenty, as a better rock star!”