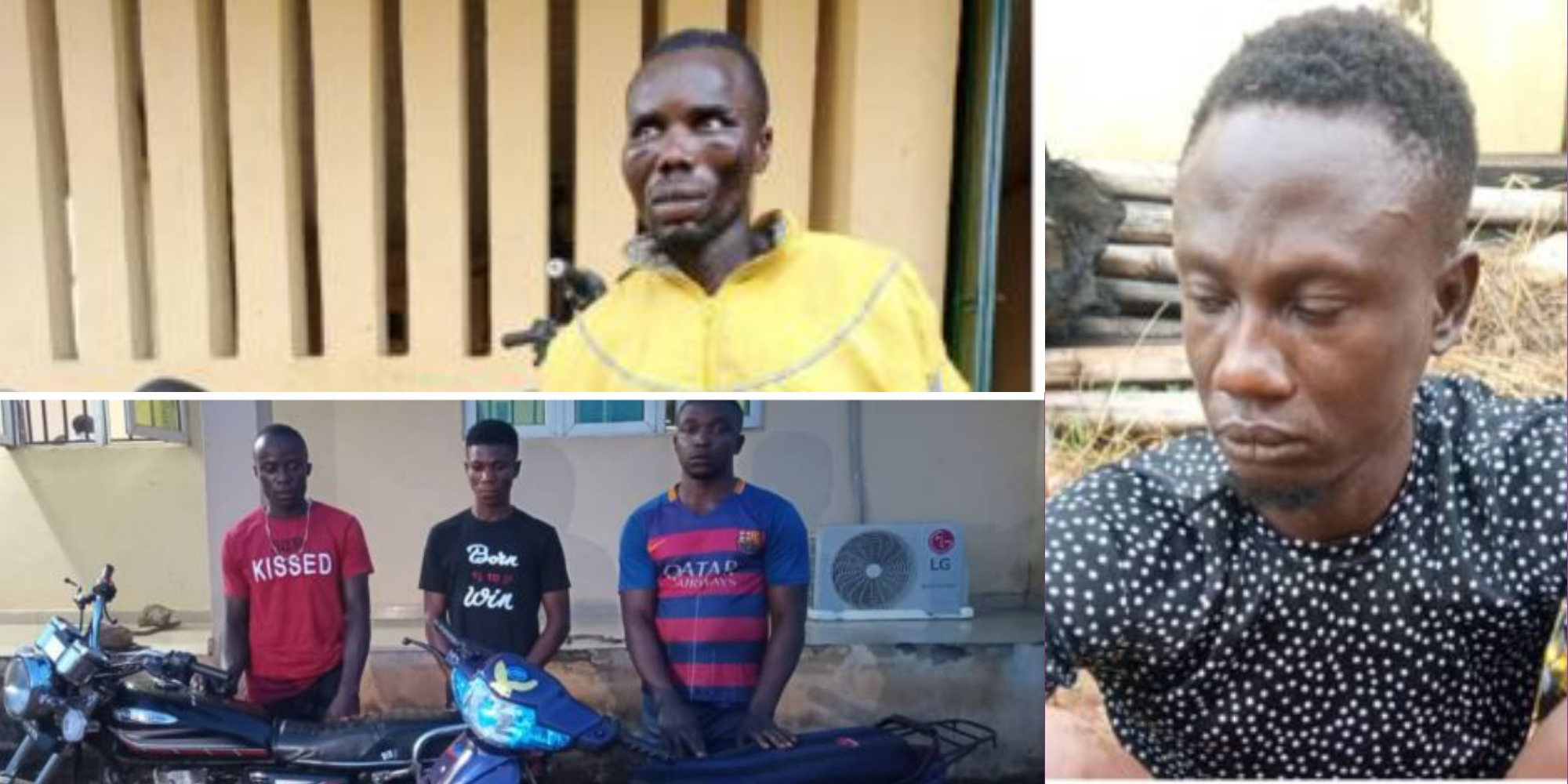 A suspected armed robber has been shot dead by the officials of Delta State Police Command in Ndokwa West Local Government Area of the State.

Seven other suspected were also arrested by the officials.

Confirming the event in a statement on Wednesday, June 22, the Spokesperson of the command, DSP Bright Edafe, said one locally made gun, cartridges, 100 rounds of 7.62MM live ammunition, fabricated English made pistol and stolen motorcycles were recovered from the suspects.

The PPRO stated that the deceased robbery suspect was confirmed dead at the hospital where he was receiving treatment following gun shot injuries he sustained during a duel with policemen in Kwale.

“The suspects on sighting the police, engaged them in a gun duel, during which, one of the hoodlums sustained bullet injuries while others escaped. One locally made gun, four live cartridges, and four expended cartridges were recovered. The injured suspect was taken to the Hospital where he died while receiving treatment. Manhunt for the fleeing members of the gang is ongoing.”

Similarly, on June 20, at about 8pm, the Divisional Anti Crime Patrol team attached to ‘C’ Division Asaba while on stop and search duty at the head-bridge Asaba, intercepted an unregistered KC Sanya motorcycle conveying four men including the rider, one of them holding a black polythene bag.

“Upon sighting the Police, they abandoned the bike and took to their heels, the Officers gave them a hot chase culminating in the arrest of two of the four suspects namely; Michael Reuben ‘m’ 29yrs and Odemba Onochie ‘m’ 30yrs, both of Okoanala Oko in Oshimili South LGA of Delta State. In the black polythene bag in possession of one of the suspects, Michael Reuben, one hundred (100) rounds of 7.62MM AK 47 live ammunition were recovered hidden inside the bag. Manhunt for the other fleeing suspects is ongoing,”

“On the 16/06/2022, at about 1930hrs, operatives of Command Special Intelligence Team acting on intelligence, embarked on a sting covert operation at Onicho-ugbo Community which led to the arrest of two suspects; Ifeanyi Anakwe Samson (an ex-convict) “m” age 28yrs of Ushi quarters Onicho-ugbo and Chibuzor Obugor “m” age 20yrs of Ugoko community all in Aniocha North LGA of Delta State, one fabricated English pistol was recovered from them.

“Consequently, as a follow on the case, acting on the strength of the confession of the suspects, the Operatives stormed Onicho-ugbo Community and arrested three additional suspects; Ike Okwudili “m” age 34yrs (the gang leader), a native of Agulu Community in Aniocha LGA of Anambra State but resident in Onicho-ugbo Community, Udoka Onyekanu Promise “m” 17yrs, a native of Igbodo village in Ika North LGA of Delta State, and Chiazor Daniel “m” 26yrs of Onicho-ugbo community

“The team also recovered a Lifan Super Ladies and Sanya Super Honda Motorcycles from them. Investigation is ongoing.”After being Rescued from Boko Haram captivity, two Chibok schoolgirls has narrated their 8-year ordeal in Sambisa forest.