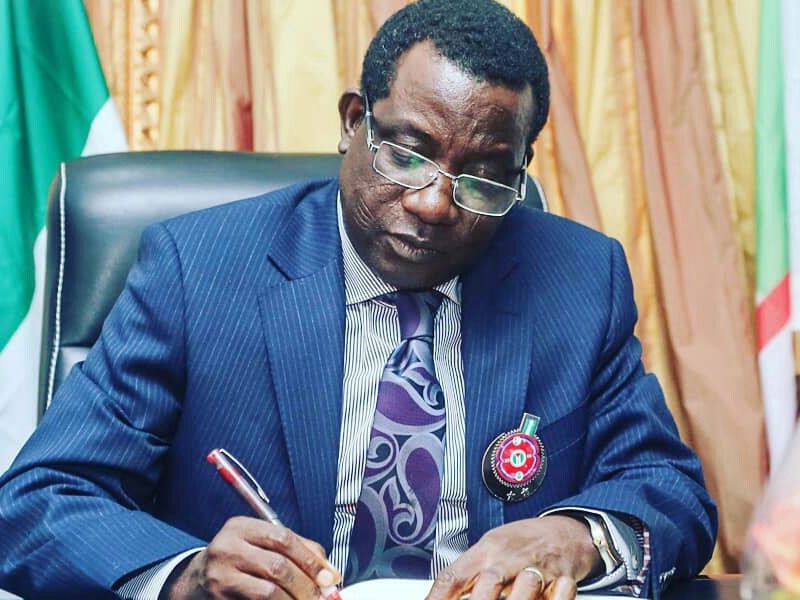 Plateau State Governor Simon Bako Lalong has criticized the wide abundance of weapons in the hands of individuals as the reason behind insecurity and the high increase in crime lately.

He said this while speaking at the Nigerian Army Small Arms Championship (NASAC) 2022 that was held at the 3rd Armoured Division Small Arms Range, Miango in Bassa Local Government Area.

Lalong explained that the efforts of the Nigerian Army and other security agencies in curbing crime were being mocked by the availability of small and light weapons in the hands of non-State actors who have instead decided to use it to threaten national security.

The Governor acknowledged the Nigerian Army of boasting great number of men and women who possess skills and potentials in its ranks that are essential in enhancing the national security of the country.

“Let me also use this opportunity to request that the Nigerian Army and indeed the security agencies in the country do more to ensure that arms are taken away from non-state actors. The level at which un-permitted persons get access to arms and ammunition in the country is very worrying. This has increased the cases of kidnapping, violent crimes and terrorism across the nation. While I urge you to continue in this regard, I wish to also emphasize the need for synergy among security agencies for better results. In a society where criminals are becoming more sophisticated, we need to close ranks and ensure that no one is left behind. This includes the civilian population which also has the duty to provide necessary and timely information to security agencies”. He said.

The Governor after his speech, ultimately flagged off the exercise by participating in the ceremonial firing.

Nabbed Accountant General of Federation was supposed to be retired