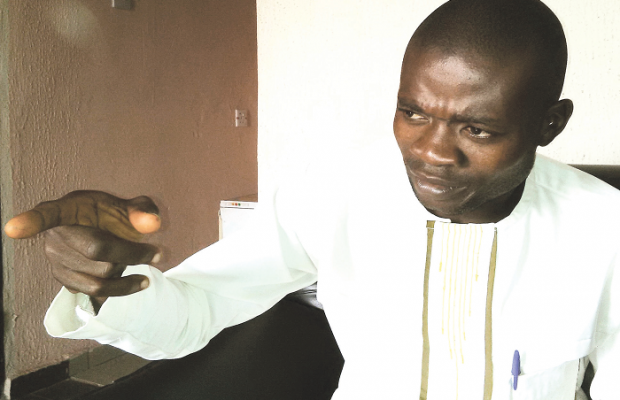 The Senior Pastor and Founder of Kings of Kings Deliverance Ministry, Prophet Emmanuel Chukwudi has claimed that God revealed to him that the Acting President, Yemi Osinbajo will soon be sworn-in as the substantive President of Nigeria.

Chukwudi, who made the disclosure while addressing journalists in Ulepa Ntezi, Ishielu local government area of Ebonyi State said Osinbajo can only last till 2019 as he would face serious battle from dark forces who will ensure he leaves office.

The prophet maintained that Osinbajo’s swearing-in will be soon.

He also claimed that former vice president, Atiku Abubakar has been anointed to take over from Osinbajo in 2019.

According to Chukwudi, “I saw Buhari saying that he is no more in charge. Then I saw Osinbajo being sworn in. But the opposition is just too much. Osinbajo will soon be sworn in as President; Atiku will take over in 2019 – Prophet Chukwudi

“It’s over three years now that Atiku was first reveled to me.

“Buhari has handed over power spiritually to Osinbajo. He cannot return to power, in case anyone is expecting him. So says the Lord, Onye Ruo Uka Ohu Nanya.

This is coming at the time when Buhari, who has been on medical vacation in London, yesterday disclosed that he is making good progress health wise and would return to the country when he was cleared by his doctors.

Related Topics:AtikubuhariOsinbajoProphet Emmanuel Chukwudi
Up Next