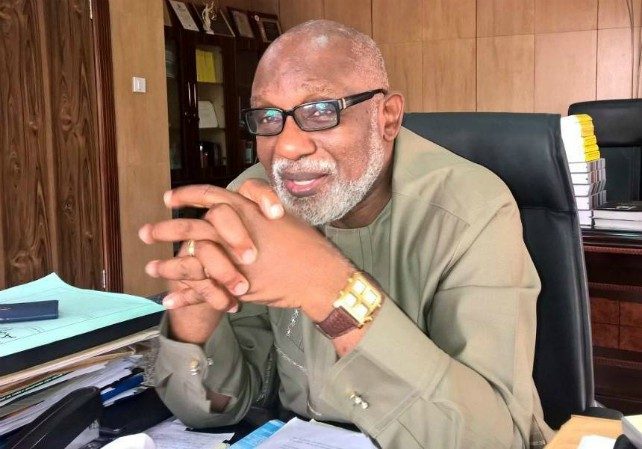 The Ondo State Government says it is working hard to restore the educational sector to its lost glory in all the 18 local government areas of the state.

The Commissioner for Information and Orientation, Mr Yemi Olowolabi disclosed this on Tuesday in Akure when he received a delegation from his former school Ilemobola Comprehensive High School, Idanre.

Olowolabi said that government was set to embark on massive construction and renovation of public schools in all the 18 local government areas of the state.

The commissioner, who repeated the commitment of the Gov. Rotimi Akeredolu led administration to turn the education sector around, noted that public schools in the state were in urgent need of government’s interventions.

Olowolabi noted that construction, rehabilitation of structures and provision of well-equipped modern libraries as well as functional laboratories would be the key objective of the restoration programme.

The commissioner also allayed the fear of parents by emphasising the fact that education remained free in the state.

“The state government is committed to providing functional and affordable education both at the basic and secondary levels in the state.”

He said that the free education system established by late Chief Obafemi Awolowo would be consolidated in the state.

Owolabi, however, called on stakeholders in the education system to support the state government in rebuilding the educational sector.

The Chairman, Parents Teachers Association (PTA) of the school, Mr Akinduni Akindeko, congratulated the commissioner on his appointment and prayed for God’s guidance in the discharge of his duties.

Akindeko also solicited for the commissioner’s assistance in providing a functional science laboratory, which he described as a major challenge confronting the school at the moment.

The school’s Vice-Principal, Mr Samuel Akinsuroju pleaded with the commissioner to remember the school when the government commences the renovation and equipment of schools across the state.