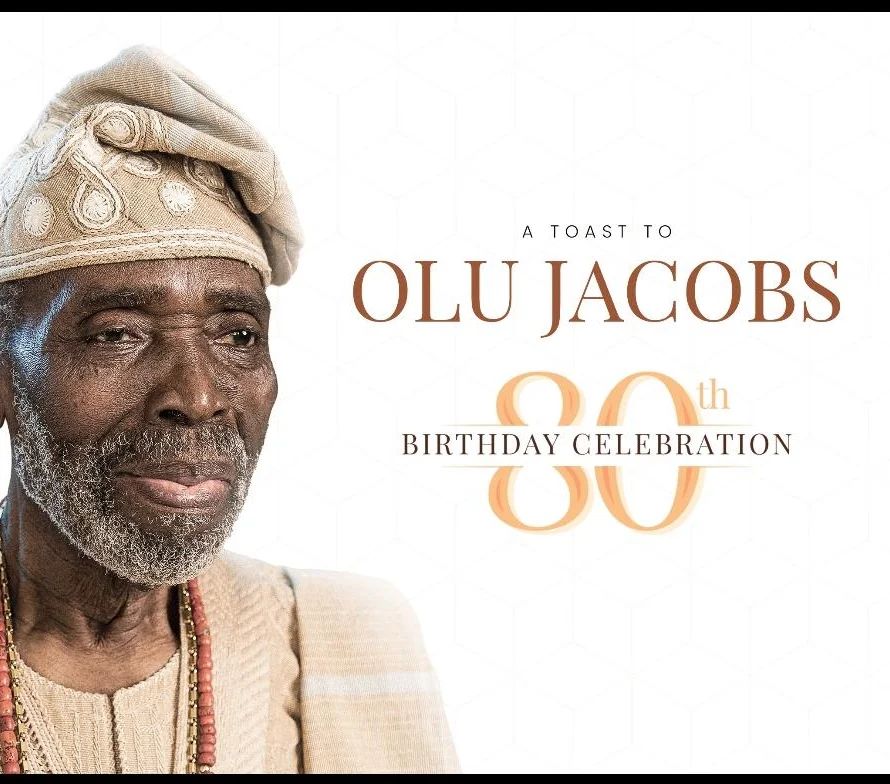 He is known for portraying the role of a king, and in real life he is accorded the respect worthy of a King. It is Olu Jacobs, and the Nigerian entertainment industry won’t let him celebrate his 80th birthday alone.

The celebration which had been hyped up and spoke about for days, finally came through on Sunday, and Nigerian celebrities very much made it quite eventful for the birthday celebrant.

The Nollywood veteran who is known to have also starred in some British films from back in the days is most popular for portraying the role of a King or a wealthy father figure in films, and it’s quite poetic that he was honored with such dignity as fellow colleagues showed up.

The personalities who trooped in attendance for the event were famous Nollywood star, Richard Mofe-Damijo, Tara Durotoye, the stand up comedian Alibaba and a few others.

Olu Jacobs’ wife, Joke Silva who had done most of the hype for the event, shared her joy on the social media platform, Instagram with fans and well wishers of the Veteran.

Sharing videos of the beautifully decorated venue for the party on her Instagram account, Silva wrote, “My heart leaps for joy. It’s my birthday too.”

Surely, Olu Jacobs @ 80 is a birthday that should be a cause for celebration to a man who has graced our screens with sophisticated performances and eloquence worthy of a King.