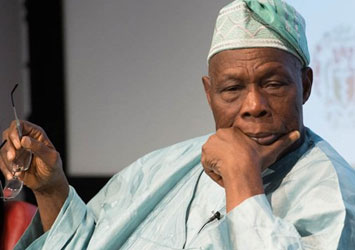 Obasanjo met with Lungu on Saturday at the State House in Lusaka.

According to President Lungu’s spokesperson, Mr. Amos Chanda, the two leaders discussed peace efforts as well as his anti-polio campaign in Africa.

Mr Hichilema has been in detention since April facing treason charges. Political tensions have since been high in the country.

Last month, President Lungu declared a state of emergency to deal with “acts of sabotage” by his political opponents, after a fire gutted the country’s biggest market in the capital Lusaka.

Mr Hichilema narrowly lost to President Lungu in the 2016 election, which the opposition alleges was stolen.