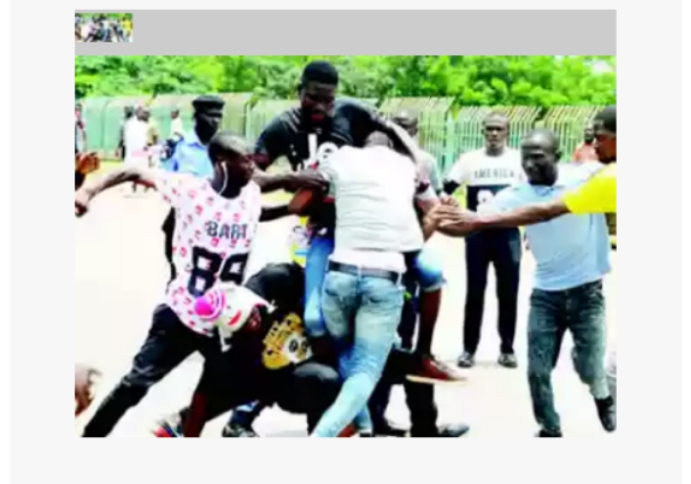 Some of the NANS members threw caution to the wind and engaged one another in fisticuffs on the busy Shehu Shagari Way while policemen struggled to break up the fight.

Trouble started when the Kadiri faction converged on the garden to address the media before taking their protest to the education ministry.

They were about addressing journalists when the Chinonso Obasi faction stormed the venue and accused Kadiri of usurping the leadership of the student body.

The allegation angered the Kadiri faction members who attacked their opponents leading to a free-for-all on the expressway.

Meanwhile, the University of Port Harcourt Alumni Association has called on the FG to utilise the funds said to have been recovered from alleged looters to meet the financial component of the demands of the university lecturers.

In a statement, the National President of the Association, Chief Chris Adokeme, contended that the annual requirement of N200bn for five years consecutively “was too meagre to allow university education in the country to be under lock and key.”

“How can universities in the country remain shut when all that is required is a mere N200bn annually? That is far less than what goes into the National Assembly for a year. I will prefer the legislature to be shut for one year instead of our universities,” he said.

Adokeme also called for adequate funding of TETFund to enable it to effectively discharge its obligations to the universities.

ASUU and FG to meet on Thursday