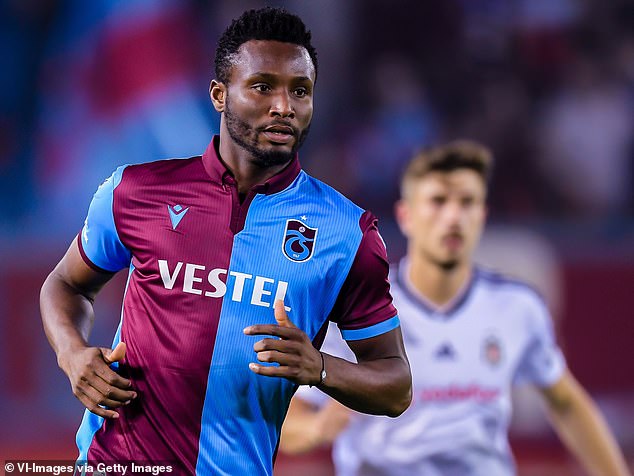 Nigerian professional footballer who plays as a defensive midfielder Mikel Obi has called on the president of Trabzonspor, Ahmet Ağaoğlu, to tender an apology to him after a disagreement in March, which led to the Nigerian’s contract termination nine months after he joined the club.

Mikel was released by the club following an Instagram outburst when he called for the Turkish Lig to be cancelled due to the outbreak of the coronavirus pandemic. Three days after his post, the club had a meeting with the former Super Eagles captain and had his contract mutually terminated.

However, according to a report on 61saat.com credited to Karadeniz newspaper, the 33-year-old would consider a return to the club should the club president make an apology to him.

“I had concerns about my family during the pandemic process. I shared this with the president, but it was ignored,” Mikel was quoted as saying on the website.

“I was underestimated. I was very upset about this situation and I said ‘my priority family’. When I left, I obviously did not receive a call from anyone to stay. There were even happy ones.

“The fans of Trabzonspor are very special to me. We are still talking to them on social media. For me, the fans will always remain in good memories. I would like to return to Trabzonspor again, but I expect an apology for this. I think I deserve it.

“I would love to go back. I still get support messages from the fans of Trabzonspor even if there were angry people when I wanted to go. They really made me feel good and valuable many times.

“But I would like to be called by President Ahmet Ağaoğlu at least once for me to return. We can solve the problem. I’m waiting for an apology.”