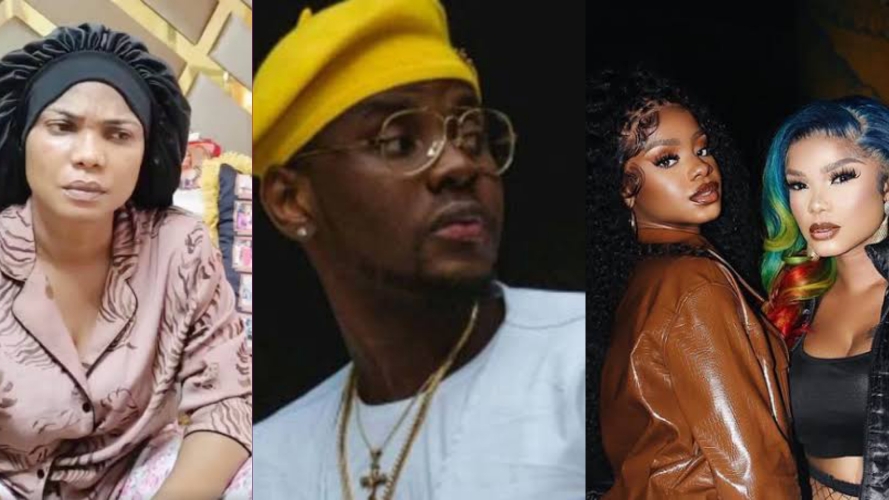 Popular Nollywood actress Iyabo Ojo has spoken on allegations of her daughter, Priscilla Ojo being in a romantic relationship with singer Kizz Daniel.

TopNaija had reported earlier that the duo, Kizz Daniel and Priscilla Ojo sparked relationship rumors after they were seen together in a club overseas.

Iyabo however, seemed not to be pleased with such rumour as she reacted to the allegations.

This also is coming after an IG user accused controversial blogger, Gistlover of being biased after refusing to post the relationship between Priscilla and Kizz Daniel.

Posting a screenshot of the message, the blogger insisted that there was nothing between Kizz Daniel and Iyabo’s daughter.

However, Iyabo took to the comment section of the post to insult the person who sent the message.

Read the translated version below:

“You won’t use your hands to do good things. The god of thunder will destroy you. May the gods kill you and your generations; god of iron will bath with your blood, to everyone that wants to wage war against my children, Iyabo Ojo….. May you be amongst the losers, amen to that. You are no match for you, go back and get reinforcements.”

Life is hard for the poor, stop filming them while giving them bread” – TG Omori pleads